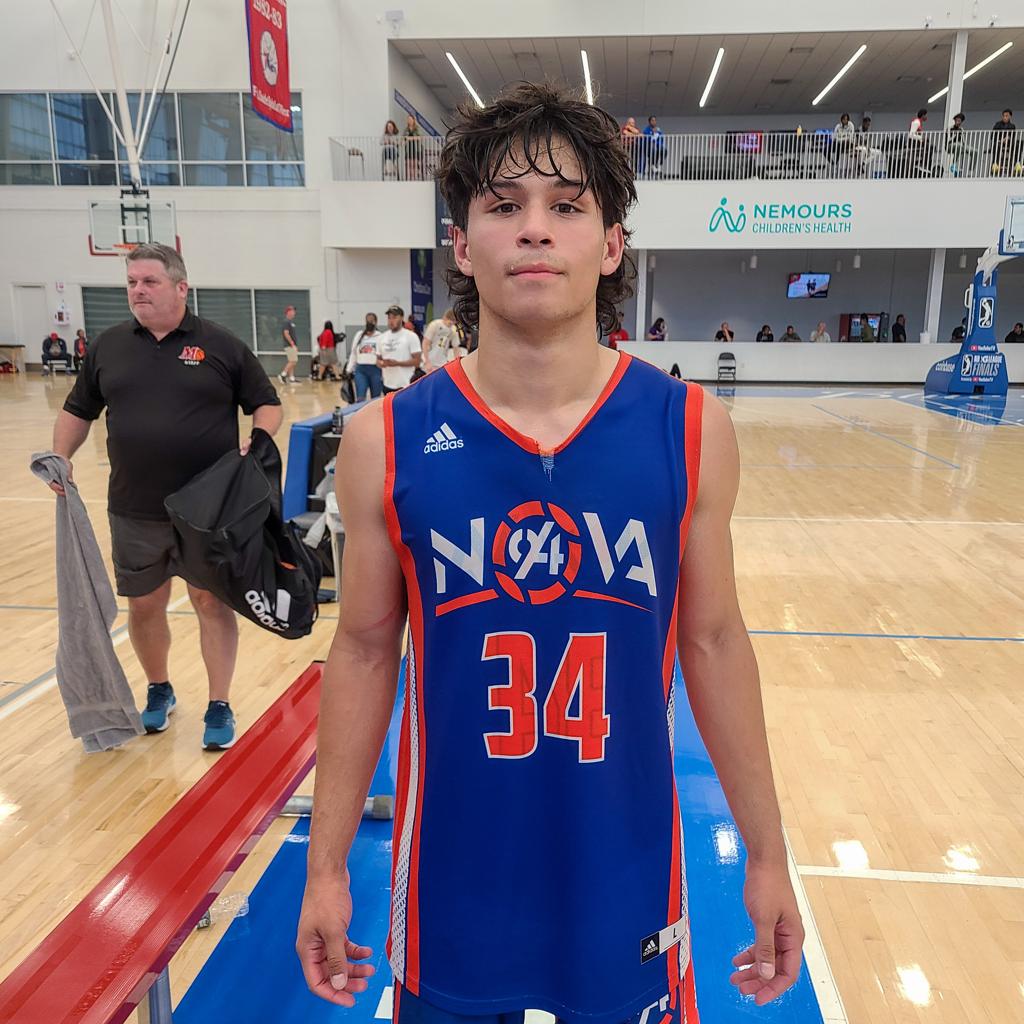 Plenty of 16U squads showed off their immense talent in hard-fought contests. Delaware Certified Hoopers finished atop the division this session with a 3-0 record.

Here is a look at some of the 16U standout players from the weekend:

A year after winning the inaugural Super Circuit 15U title, the Ruff Riders have been the class of the 16U Division, and Moore is one of the biggest reasons why.

The Forest Park (Va.) 2024 guard scored 11 of his game-high 19 points in the first half of a 57-32 Saturday morning win over Team Dedication, which was the Riders’ only game of Session III and improved them to 7-0 on the Circuit. Moore picked up his first D-I offer from Rider later in the weekend.

A model of consistency, Powell averaged double figures in scoring (10.2 points per game) for the third session in a row. The Northern (Md.) product had a team-high 11 to help the Titans rally back from a 24-7 deficit to stun Lifers 39-36 on Saturday, and posted 16 to help them close out Team Dedication 47-37 on Sunday.

While his team finished the session 1-2, Perez (Paul VI) was one of the standout performers last weekend. Perez averaged 15.7 points per game this session and guided his shorthanded team to a tough 38-36 overtime victory over the Runnin Mavs on Sunday. NOVA 94 triumphed in double OT despite finishing regulation with just four players.

The NOVA 94 guard made great strides between sessions and doubled his scoring output this weekend. His play was instrumental in their overtime win over Runnin Mavs and his 16-point performance was the most of either team in a loss to Team DTLR.

Alston’s team had a session to remember as they finished undefeated at 3-0 and played solid basketball throughout the weekend. Alston helped his teams with solid performances like his 12-point outing in DCH’s close 52-45 win over the Calvert Titans.

Matthews is another standout from the undefeated DCH. His game-high 18 points against Team Dedication stood out in a dominating 65-26 victory. He averaged a team-high 10.3 points per game for the session.

Barnes’ consistent scoring presence helped DCH finish top of the U16 division. He performed very well on day one, finishing the day with 18 points.

Burnett (Fairmont Heights) continued his excellent play during the Super Circuit, averaging 14.7 points per game in Wilmington. He helped Metro All Stars put in a solid 2-1 showing during the tournament finishing in the top half of the standings. Performances like Burnett’s 14-point outing against NOVA 94 showed the 5-foot-9-inch guard’s range and shooting touch.

Saunders (Long Reach) carried his team offensively in an opening loss to Ruff Riders, scoring 18 of their 32 points. He averaged 14 points per game in Wilmington.

Hayes showed improvement from long range, scoring more 3-pointers in his first game this session than he did the entire first session. His 12 points helped guide his team to a 61-34 win over Runnin Mavs.