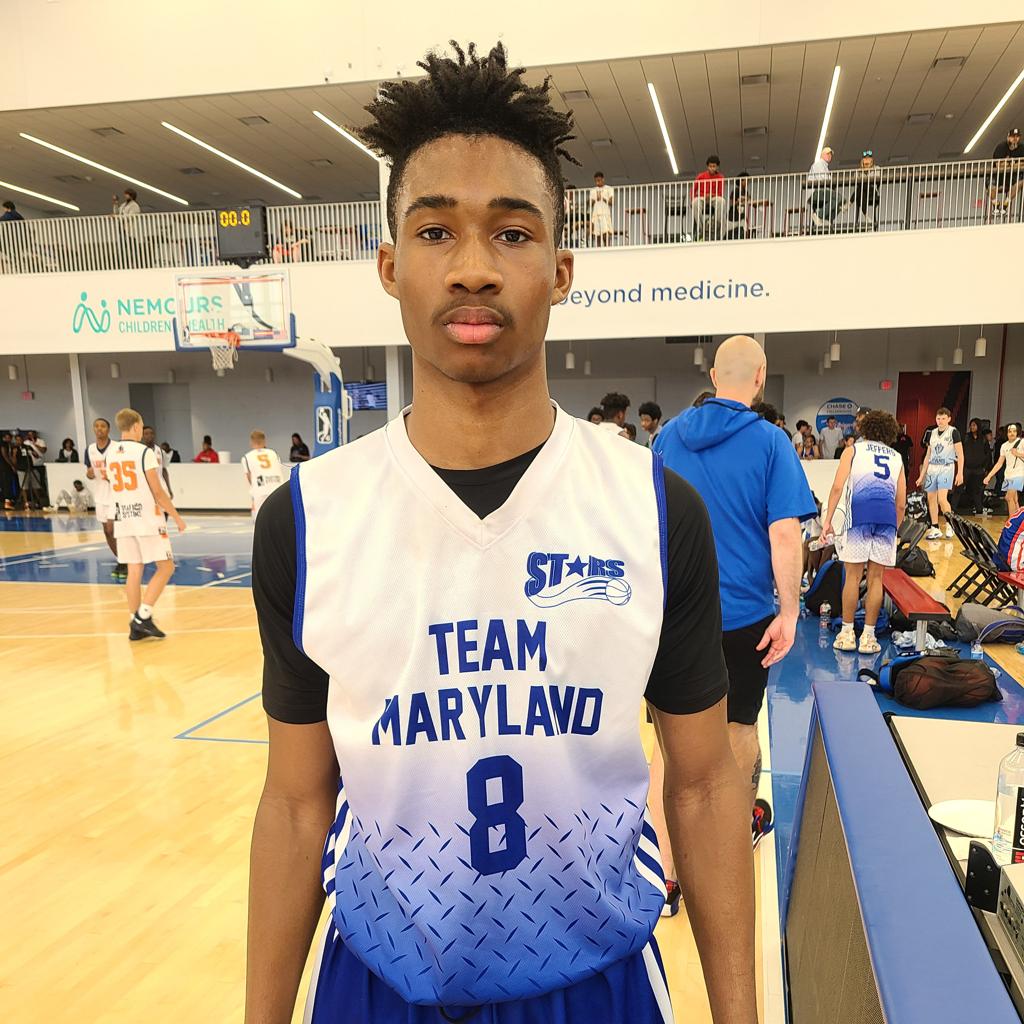 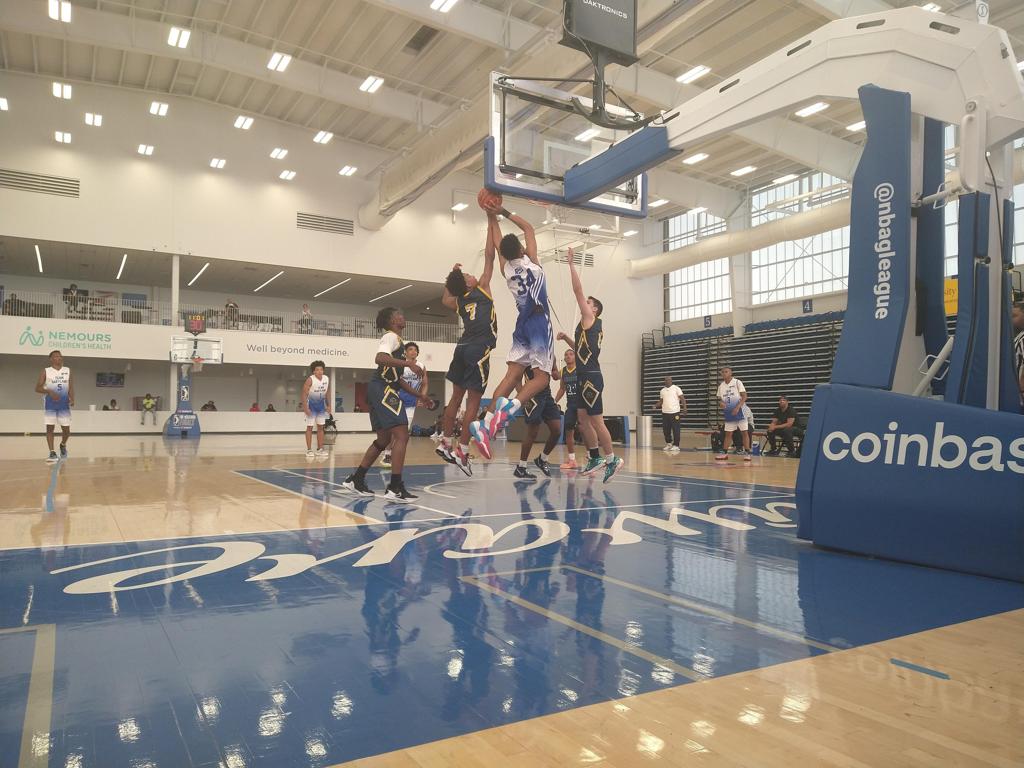 The 17U division was small this session, but the five teams that did compete put on some impressive performances. Team Silk went a perfect 3-0, and both Team MD Stars squads produced multiple standout performers.

Here is a look at some of the standout 17U players from this weekend:

The 2023 wing was one of the key pieces as Lake Clifton captured the Maryland 1A state title last year, showcasing an intriguing mix of size, strength and versatility.

Monroe had all those tools on display in Wilmington, posting 16 points per game for the weekend. He went off for a Session-high 29 points in Silk’s 67-62 win over Team MD Stars US on Sunday afternoon.

McDuffie’s Team Silk finished top of the U17 division with a 3-0 record. The Lake Clifton (Md.) guard’s presence was felt in their 66-47 win over Team MD Stars, handing the latter its lone defeat. He finished that game with a game high 20 points. He averaged 15 points per game for the weekend.

Neverdon averaged a 17U Division-leading 18 points per game for the weekend, but came up especially big on Sunday to keep Silk undefeated. He scored 20 of his 26 points in the second half as Silk rallied from a 28-21 halftime deficit to knock off Team MD Stars US, 67-62.

Bahar’s performances helped lead his team to a 2-1 record on the weekend. The unsigned 2022 guard from Calvert Hall (Md.) averaged 16 points per game - tying for highest on the team - and poured it in from outside, hitting a session-leading ten 3-pointers. He scored 13 of his 15 points in the first half to build an early lead in a 71-65 win over Metro All-Stars on Saturday, and followed with 19 in a win over Runnin Mavs.

Campbell  (Meade 2022) provided one of the best individual performances of any 17U player in Wilmington, pouring in 19 of his game-high 26 in the second half to help his team hold off Metro All-Stars, 71-65 on Saturday. He was also an effective presence offball and as a spot up shooter. He averaged 16 points per game for the weekend, tying Bahar for the team high.

Spruell (Meade 2022) had a great weekend offensively, finishing the weekend averaging 14 points per game. Spruell was a spectacle, providing exciting basketball action for the crowd including a few highlight reel dunks.

Reed proved to be a dominant paint presence all weekend, allowing his teammates to work around the perimeter while he clogged the paint. His best display was in a 74-58 win over Runnin Mavs, as he scored 17 points in a comfortable win. He averaged 10.3 points per game for the Session.

While the Metro All Stars had a disappointing weekend in the record column, the team fought hard all session and a few standout performers emerged. Harrison, a 6-foot-4-inch forward out of Bladensburg (Md.), had an impressive 19-point performance in the close loss to Team MD Stars US. He averaged 11.5 points per game in Wilmington.

Alston, a 6-foot-3-inch wing from Largo (Md.),, was another standout performer for the Metro All-Stars, averaging 11 points per game. Alston’s best game came in the aforementioned loss to Team MD All Stars US, as he finished with 12.

A 2023 guard from Eleanor Roosevelt (Md.), Enworum was one of a handful of U17 players to score more than 20 points in a game this session. HIs 21 points against his former Metro All-Stars squad helped spur his team onto a 53-30 point victory. Enworom averaged a team-high 16.5 points per game in Session III.

Jefferies, a 2023 guard from Broadneck(Md.), averaged 8.7 points per game this session. He tied with Enworum with 12 points in the team’s defeat to Team Silk.

The shorthanded Mavs ran into some tough competition this session but Stacy was ready for the test, averaging 16.7 points per game in three contests. His best performance came in an 18-point outing in a 74-58 loss to Team MD All Stars US.