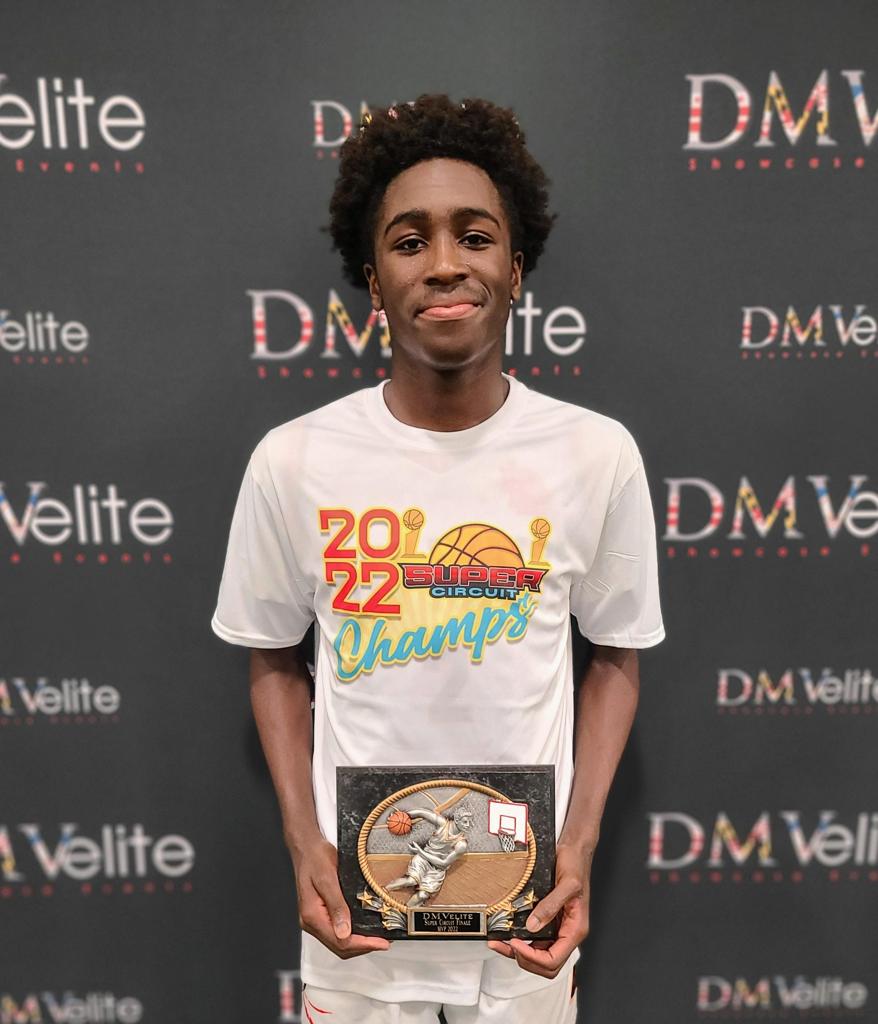 HAMPTON, VA - The 2022 DMVelite Super Circuit came to a close on June 25-26 with the crowning of champions for the 11U-17U Divisions at the Boo Williams Sportsplex.

“It feels good to know that after all the hard work we put in - the long nights and getting home late - just to finish at the top feels good,” Robinson said.

Here’s a look at standouts from the 15U Division’s final session:

Robinson was strong all Session, averaging a 15U Division-leading 19.2 points per game. He posted 23 in a semifinal win over Team Silk, and closed with 15 in the title game, consistently getting to his spots against opposing defenses.

“My shooting and my finishing [are my strengths], mainly,” Robinson said. “I know how to get to the basket and I finish my shots. And my mid-range, sometimes, ’cause I have games where my midrange is the key to my other shots.”

Okempka was also solid all weekend in Hampton while averaging 10 points per game, including game-high 17 in the final.

Hall (Jackson-Reed 2025) made plays all over the floor in a 54-44 win over HC United on Sunday, finishing with 17 points to help Metro build a large early lead and then hold off an HC United comeback to pick up their first victory of Session 4.

Hall averaged a team-high 11.5 points per game for the weekend.

A tough 2026 guard, Stemberger was a consistent performer all weekend, averaging a team-high 13.6 points per game to help lead Slam City to the 15U title game.

The Aberdeen (Md.) guard went for 22 points in a 65-55 win over HC United on Sunday, and ended Session 4 as his team’s leading scorer.

The 2025 forward from Stone Bridge (Va.) had his best performance on the Super Circuit in Hampton, averaging a team-high 15 points per game in Hampton.

Coming off a breakout Session 3 performance in Wilmington, Ho (Robinson) was strong again offensively and on the boards for No 94 Feet. He averaged 10.3 points per game in Hampton