A look at standouts from the senior class. 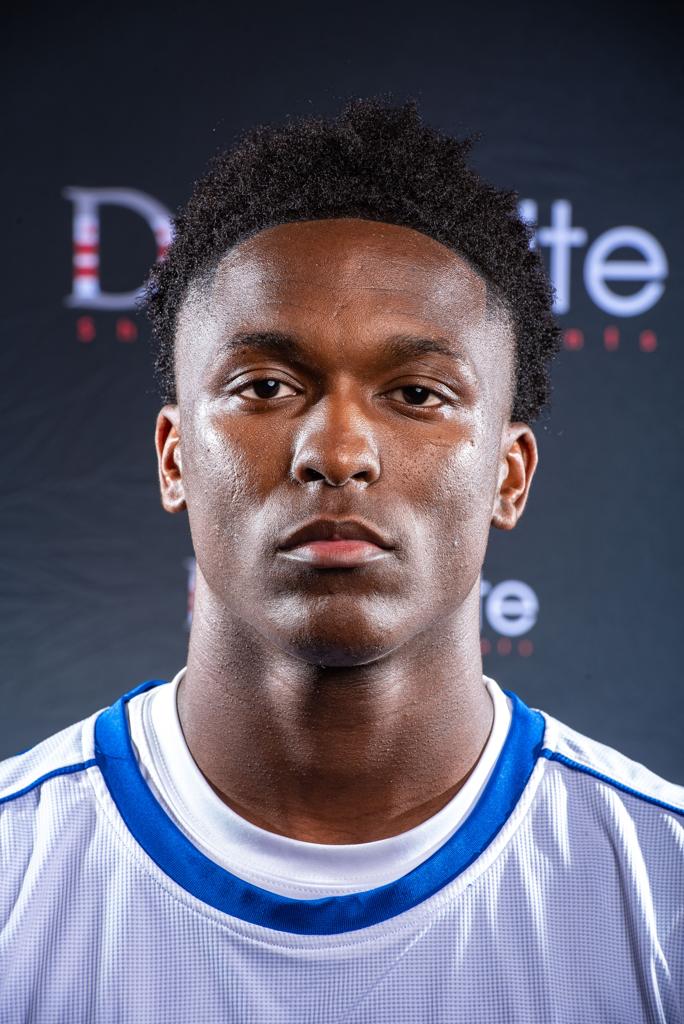 DISTRICT HEIGHTS, MD - The 9th Annual DMVelite 80  returned last Saturday at Athletic Republic Capitol Region, allowing a collection of the area’s top players to come together for a day of drills and competition in front of media and college coaches.

Check back on DMVelite.com throughout the week for notebooks, photos and statistics, as well as links to content from other media outlets in attendance.

Here’s a look at some standouts from the talented senior class:

Monroe had a breakout junior year while leading Lake Clifton to the Maryland 1A state championship and hasn’t slowed down. He helped lead Team Silk to the DMVelite Super Circuit 17U title in June, and turned heads in his DMVelite 80 debut.

The 6-foot-3 Monroe posted 11.7 points per game, using his strength, speed and finishing touch to convert on drives to the basket.

“This summer has been wonderful and great,” Monroe said. “This summer I got some good exposure and got my name known in the city and the state of Maryland. So I just want to keep working and put the same work in but harder and get better at my game.”

In a setting where players don’t always look to focus defensively, Basima was a terror on that end, harassing opposing ball handlers and jumping into passing lanes. The Yale commit will headline a young John Carroll squad that is looking to make some noise in the MIAA and Baltimore Catholic League.

Day carried the momentum from a strong travel campaign with DMV Stags into the event, and he continued his upward trajectory.

The 6-foot-6 Day had his athleticism on display and attacked the rim with a vengeance, finishing with a scoring average of 8.3 points per game. His performance earned him scholarship offers from Division II Notre Dame College (OH) and NAIA St. Thomas (FL). Expect the Old Mill (Md.) transfer to add a lot more to his list in his lone season with the Tigers.

Harris transferred from Bishop Ireton (Va.) to Potomac towards the end of last season and became an immediate impact player for the Panthers. Now he’s preparing to step into a lead role.

“My goals for this year are just staying in the gym and getting bigger so I can produce more on the court,” he said. “I’ve got a lot more expectations on my school team than I did on my AAU team, so I’m just trying to stay locked in.”

The 6-foot-7 Henderson recently moved from Texas to attend Rock Creek, and made a splash at the DMVelite 80 with his athleticism and motor.

Henderson posted 9.7 points on 12-of-19 shooting to go with 6.3 rebounds and 1.7 assists per game. He has all the making of a high-impact addition for coach Trevor Brown’s group at Rock Creek.

Robinson stuffed the sheet Saturday, posting 10.3 points, 4.7 rebounds, and 2 steals per game, finishing among the Top 5 in all three categories. Robinson is one of several players who made the move from New Hope (Md.) to Shabach this summer, and looks to be primed for a nice final season.

Another Shabach newcomer, the former Rock Creek Christian standout is a versatile and athletic wing who makes an impact on both ends of the floor. Corley posted 7.7 points and 5 rebounds while tying for the event lead with 1.3 blocks per game.

Crowell transferred from Archbishop Carroll (DC) to join the Shabach Christian program this summer, and he gives the Eagles another capable scoring threat.

Crowell averaged 9.3 points per game at Athletic Republic, finishing with 17 points on 7-of-8 shooting in a closeout victory.

Horton has good size (6-foot-5) and athleticism and he impressed on Saturday with his versatility and motor on both ends. He finished with 8.3 points per game.

Ayissi-Etoh emerged as Carroll’s top scorer last season, and had that offensive talent on display Saturday while averaging 10.7 points per game.

Coleman impressed with his vision and willingness to distribute, finishing as the event leader in assists at 3.67 per game.

Making his second DMVelite 80 appearance, Harper seemed more comfortable and assertive this time around. He averaged 7.3 points per game and tied for the event lead with 6 made 3-pointers. He had one stretch where he knocked down treys on three straight possessions.

The 6-foot-3 Crawford contributed in a variety of ways, finishing with 8.3 points, 3.7 rebounds and 3.3 assists per game as his squad went 2-1. He showed nice touch from deep, going 4-of-6 from 3-point range.

Wison is an intriguing prospect with good size and athleticism, and seems primed for a breakout campaign with the Saints. He finished with 9.7 points and 4 rebounds per game in his DMVelite 80 debut.

A roundup of media from this year's event.

The talented sophomore class made a strong DMVelite 80 debut.

The junior class put on quite a show.

The list of confirmed players for the 9th Annual DMVelite 80.