The Bulldogs survived the Gaels' late rally at the Capitol Hoops Challenge. 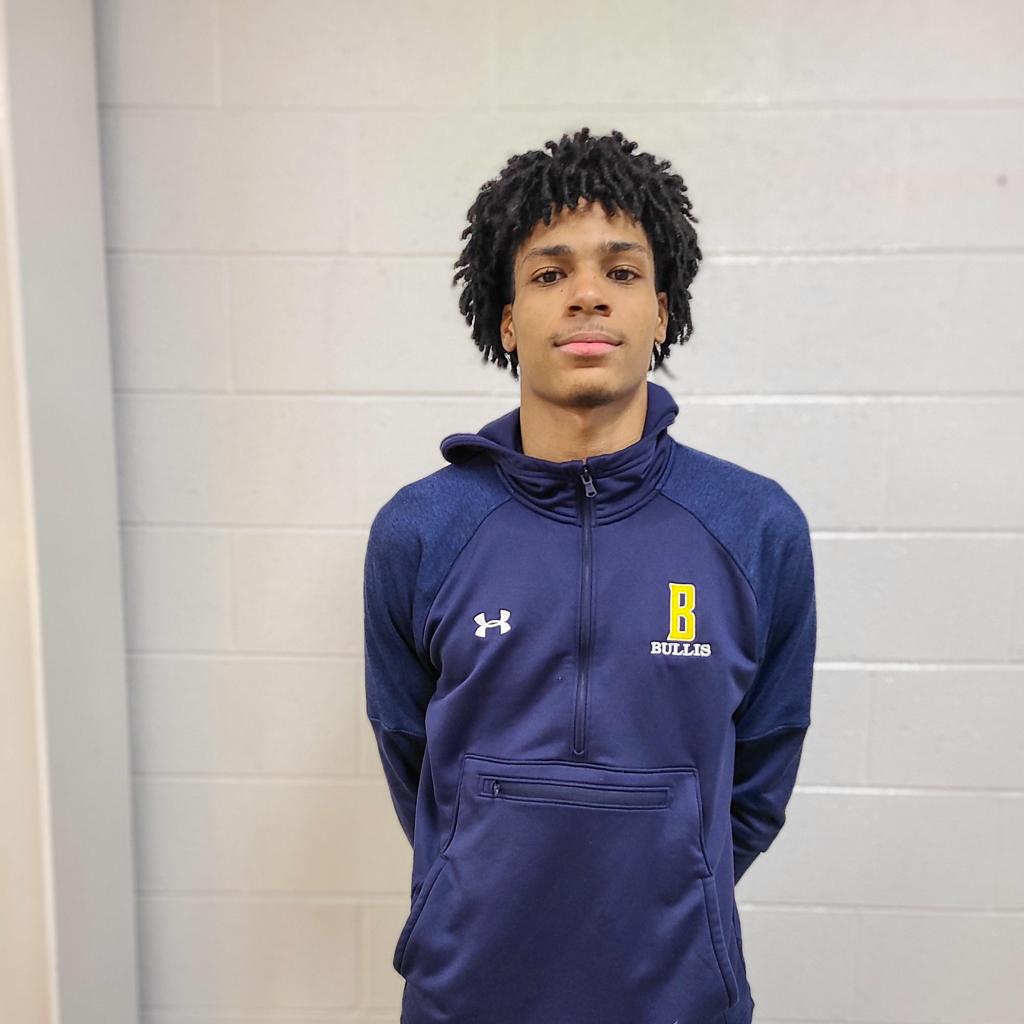 HYATTSVILLE, MD - After a low-scoring first half, the Bullis (MD) Bulldogs appeared to finally hit their offensive stride in the third quarter of their matchup against St. Maria Goretti (MD) on Saturday, leading by as many as 17 points and taking a 14-point advantage into the final quarter.

For all the time it took to build that lead, though, it seemingly unraveled in a blink as Goretti stormed back to take the lead with just over three minutes remaining.

Bullis made the decisive plays down the stretch, as 2024 guard Tyler Boston hit a pair of go-ahead free throws with 32.8 seconds remaining and the Bulldogs made a pair of big defensive stops in the final two seconds pull out a 44-42 victory in the Capitol Hoops Challenge at DeMatha Catholic High School.

“[The key was] Just staying composed,” Bullis 2024 forward Caden Diggs said. “I think we got a little lax because we had a big lead, but we were able to tough it out and just get defensive stops.”

Diggs had 14 points and 6 rebounds to lead Bullis, while Boston had 11 points and 7 boards.

“I think that’s high school ball,” Bullis coach Bruce Kelley said of Saturday’s ebbs and flows. “They made a couple of shots because they’re a good, tough team - Baltimore Catholic League, they’re not backing down from anyone. Maybe a couple of things don’t go our way, and then it's human nature - we’re looking at the clock and thinking about everything except playing. Sometimes when you’re behind in those situations, you're freer, because you’re just playing. But what I am proud about is that Caden stepped up and made a couple of plays, our defense got better, and then Tyler made the two free throws to kind of seal the deal.”

Points were hard to come by for both teams in the first quarter, with Bullis taking a 10-7 lead after eight minutes. Goretti couldn’t generate much more in the second quarter either, and Boston hit a 3-pointer  to close the half and give the Bulldogs a 23-13 lead at the break.

Bullis took a 32-15 lead in the third quarter on a Jayson Peterson bucket, and looked to be in good shape with a 35-21 advantage entering the fourth.

The Gaels had other ideas, however. Goretti opened the fourth quarter on a 15-1 run, eventually tying the game at 36-36 on a 3-pointer by 2023 guard Jahsan Johnson with 3:35 remaining.

Goretti assistant coach Tommy Hargroves - leading the squad with head coach Sid McCray out due to illness - credited his team’s full court defensive pressure with helping to key the comeback.

“We were the aggressors on the defensive side of the ball,” Hargroves said, “and I feel like that kind of flipped the switch for our guys and it gave us the rhythm that we kind of were looking for the whole game on offense.”

Goretti took its first lead since the first quarter on a lay-in by 2024 forward Caleb Embeya with 3:10 to go, but a Diggs bucket - Bullis’ first made basket of the quarter - tied things up at 38-38 with 2:41 remaining.

The Gaels’ Dionte Alexander scored to tie things up at 42-42 with 51 seconds to play. Boston was fouled and converted the one-and-one to put his team ahead 44-42 with 32.8 remaining.

As the clock wound down with Goretti looking to tie or win, Albany-bound Bullis 2023 guard Zane Adnan made a heads up defensive play, forcing a jump ball with just five seconds remaining.

Adnan came up big on the ensuing possession as well, shadowing Alexander and preventing the Gaels from getting the inbounds pass to him. The ball went to Johnson instead, who got off an off-balance look that fell short as time expired.

“We only had, I think, two or three seconds on the shot clock and five seconds left in the game,” Hargroves said. “ We just wanted DA to come off and be aggressive and get downhill and maybe get a step back off the dribble for a shot. We couldn’t get it in to him, so we had to go to the secondary option of getting Jah the ball for the same look, and it was just a little crowded and really hard, and it just didn’t work out the way we wanted to.”

Alexander finished with 13 points for Goretti, while Embeya posted a monster double-double of 11 points and 23 rebounds after a slow start.

“I feel like they started hitting shots more,” Boston said of Goretti’s rally, “and like Caden said, we relaxed on defense a little bit and started giving up easy buckets that we usually don’t give up. And also we didn’t score much in the second half; we probably scored our least amount of points in the second half this season.”

The win continued a strong season for Bullis, which returns to Interstate Athletic Conference action this week against St. Albans (DC).

“I think it’s a statement for our league, the IAC,” Kelley said of the win. “Sometimes the other leagues get a lot of attention, so it was important. It’s important that as representatives of the IAC when we’re going against the leaders of the Baltimore Catholic League to say hey, ‘We have a ton of respect for you, but our league’s good, too.”

For Goretti - which returns to BCL play against St. Frances (MD) on Monday - Saturday’s loss may prove beneficial as well.

“I think it's going to help us in the long run from the perspective of not starting games out slow,” Hargroves said. “When we get into the fourth quarter, we’ve proven over and over this season that we’re good in the fourth quarter and we’re going to execute and score points. In the first quarter and second quarter, we’ve got to come out with that same level of play; we can’t let that level drop down, because we’ve got to come out and execute for four quarters.” 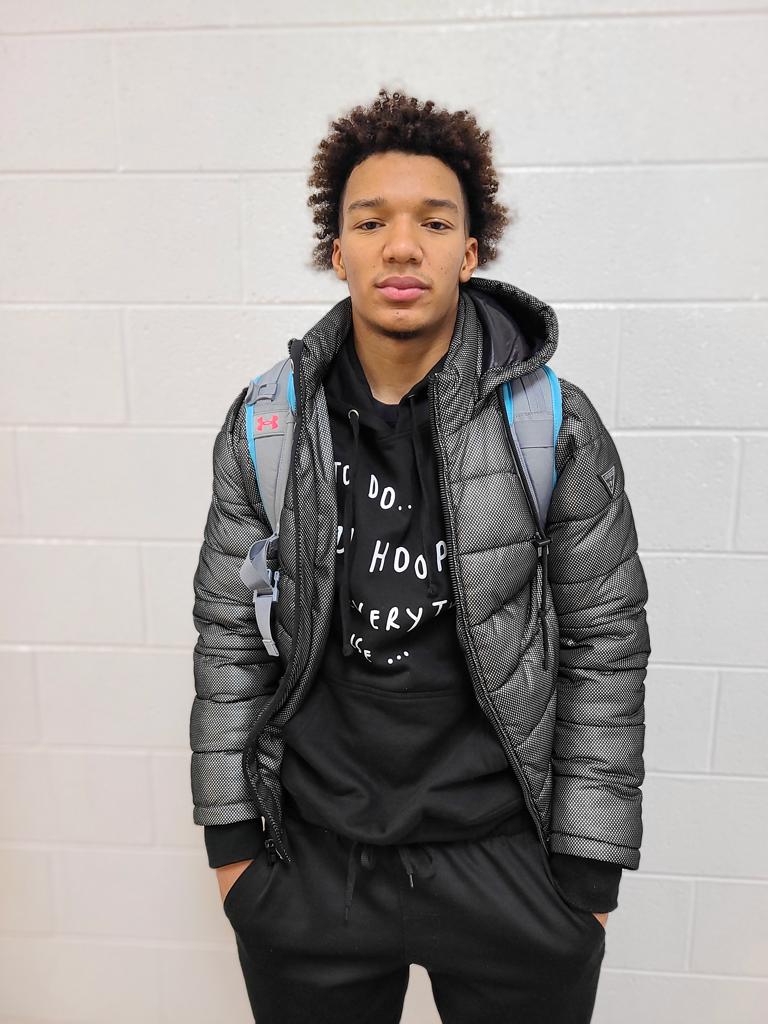