The 2020 class put on an impressive display, and here’s a look at a few of the junior standouts: 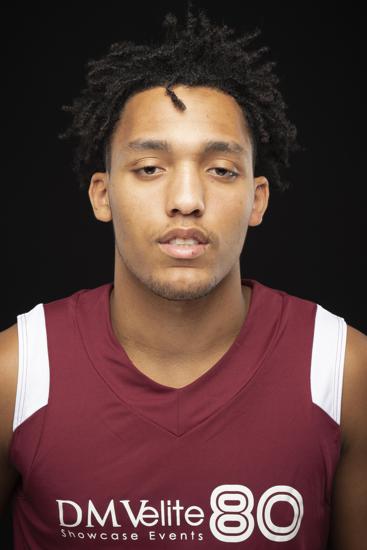 JOSIAH FREEMAN, PAUL VI (VA) GUARD
Freeman came ready to work, and impressed from the beginning of the day with his focus and effort in the warm-up and drills. He averaged 9.7 points and 2.3 rebounds per game for the undefeated (3-0) Team Cardinal.

“That’s why I signed up for this,” he said. “I came out here and I wanted to see who was tops in the DMV, like Dimingus [Stevens] - I just played him, and I’m just trying to go against all the top dudes out here and prove myself.”

The 6-foot-4 Freeman is fortunate to have some close family member he can lean on for advice with the recruiting rollercoaster. His older sister Ariana starred at Paul VI before going on to Louisville and Colorado. She’s currently finishing her college career as a graduate transfer at George Mason.

“She definitely helps me get my mindset right,” he said, “especially through the recruiting process and definitely the mindset through college and how it is to be at a big D-I school. She was at Louisville, so she’s been through it all and she’s taught me a lot of things.”

As far as picking a school, Freeman said he’s looking for a program with an uptempo attack that emphasizes off-the-ball movement and will let him work off down screens and pick and rolls.

“The strength of my game? I’d probably say definitely [going] off down screens, curling, working off the triple threat,” he said. “Definitely getting transition buckets and finding lanes. And right now I’ve been in the gym a lot, so I feel a lot more comfortable shooting and scoring off the dribble.”

DIMINGUS STEVENS, WILSON (DC) GUARD
Stevens shined at Hayfield, averaging 14 points per game on 9-of-14 shooting, including 7-of-11 from 3-point range.

Stevens solidified his standing as one of the top players in the area last season while helping Wilson win the DCIAA and DCSAA titles, and he appears primed for an even more spectacular junior year.

“I mean, basically our goal  is to get better as a team and play as a team,” he said. “We know we’re going to win the DCIAA, but our main focus is playing a national schedule against better competition to see where we’re at against them.”

Louisville offered Stevens in the week following the event, adding to a list of recent high major offers that includes Maryland and Boston College. He said Syracuse and West Virginia have reached out.

“My strengths are scoring and getting other people open,” he said. “I’ve got to work on my defense and my crashing the boards.”

JAHVON JOHN, VIRGINIA ACADEMY FORWARD
A transfer from Bishop Sullivan (Va.), John impressed in his DMVelite 80 debut, leading Team Scarlet in both scoring and rebounding at 7.7 points and 6 rebounds per game.

The 6-foot-6 John finished 9-of-17 from the field and flashed his shooting range by going 3-of-6 from 3-point land. He came to the DMV with scholarship offers from Virginia Tech, Old Dominion and Hampton, and seems primed to make some significant additions to that list with a strong high school season.

TYMU CHENERY, EPISCOPAL (VA) WING
Chenery celebrated his birthday by averaging 6.3 points and 2 rebounds per game, displaying his progression on both ends of the floor.

“Right now, I've definitely improved on my ball handling and trying to be a guard," he said. "I would say my shooting and my defense - because I’m long and I can play almost 1 through 4 - and just being a leader on the court, I think those are my strengths.”

After starting his career at Dunbar (Md.), Chenery transferred to Episcopal last year and reclassed from 2019 to 2020. He said the move has helped him both on and off the floor.

“First of all, it’s just a different type of play," he said. "There’s a whole lot of high-level players in the DMV area, and just playing with them and being able to get in the gym every day with good coaches, I think that helped a lot.”

Chenery currently holds offers from Columbia, Loyola (Md.) and Massachusetts. He'll be an integral piece for Episcopal again this season

LINCOLN BALL, WILLIAMSPORT (MD) GUARD
Ball came in off a football game the previous night - he’s Williamsport’s starting quarterback - and while admittedly a little sore, he was still able to show his versatility on the hardwood.

“It’s something I’m kind of used to now,” he said of balancing the two sports. “Basketball’s my main sport, so I still get shots up when I’m not practicing for football. And we get the weekends off from football, so I come and do camps like this on the weekend to keep me in shape for basketball.”

Ball said he's received Division I interest for both sports, but wants to play basketball in college. He didn't put up his numbers in any particular category Saturday - 3.3 points, 2 rebounds and an assist per game - but his skill level was obvious, and he fit in seamlessly with his squad.

“I don’t look to score much, but I’m more of a facilitator as a point guard," he said. "I’m a bigger point guard, so you can post me up if I have a smaller guard on me, and this spring and summer I got a lot quicker, so now I can guard point guards and shooting guards. So I think my length and my ability to pass and handle the pressure is one of my strengths.”

NATE LACEY, SHERWOOD (MD) WING
Lacey was another player who impressed with his versatility and feel for the game while averaging 6.7 points and 2 rebounds per game for Team Cardinal.

“I feel it was good," he said of his performance. "My team got some good runs in and a lot of good movement. It was a good experience and one of my first really big events.”

The 6-foot-4, 195-pounder has a nice frame and uses it effectively to get to the basket. He also did a nice job of getting himself open and setting up teammates. Lacey had a solid season at Sherwood and hopes to build on it with a breakout junior year.

“I’m trying to really focus on leading the team this year, being a captain and just bringing the team as far as possible in the playoffs,” he said.

TEGRA IZAY, ARCHBISHOP CARROLL (DC) CENTER
The 6-foot-10 big man has made nice strides in his offensive game over the past year, and he  looked comfortable on both sides of the floor for Team Gray Saturday, averaging 8 points and 7.3 rebounds per game.

Coming off of a strong summer for Team Durant 16U - he received his first D1 offer from Old Dominion in June - Izay ran the floor well and was noticeably more confident on offense.

Izay's defensive presence was key in Carroll's improvement last season, and the Lions will need him to continue his offensive improvement as they look to replace the scoring void left by star guard Aminu Mohammed's move to Missouri.