The Talented 2021 Class Made its DMVelite 80 Debut.

The highly-touted 2021 class made its DMVelite 80 debut, and here’s a look at a few of the standouts: 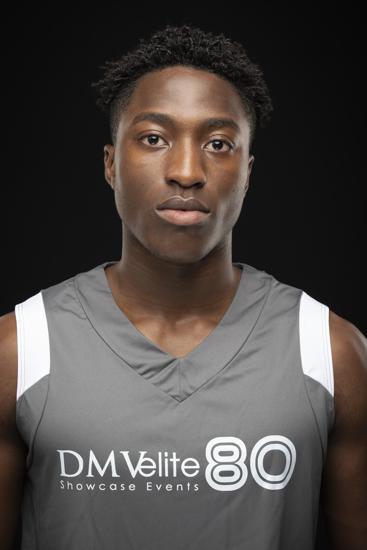 JAO ITUKA, GAITHERSBURG (MD) GUARD
Ituka made a huge splash his freshman season, guiding the Trojans to the Maryland 4A state semifinals.

They fell to eventual champion Perry Hall, but Ituka said he learned something valuable in the loss.

“It helped me to realize what it's like losing at that level, and I don’t want to go through that again," he said. "It really hurt me, because I put in everything that I had and we came up just a little short, but that motivated me to get right back into it this year and keep going. I need to lead my team and be the best captain I can be to make sure my guys are on the same level of intensity as I am every time we play.”

Ituka brought that intensity with him to the DMVelite 80. He played with a chip on his shoulder, and didn't shy away from attacking anyone in front of him.

“When I get compared to other guys in the area, usually they go to private schools, and they give them that upper hand because they go to private schools," he said. "But for me, that doesn’t matter because I know where I stand as a player, and I know I’m better than all those other guys because I put myself in a position where I’m just trying to get better and I will get better."

A native of Cameroon, Ituka only started playing basketball in sixth grade, but is 6-2 with a strong build and a nice first step. He's hard to stop once he gets going to the basket, and can finish explosively at the rim. He picked up his first D1 offer from South Alabama in May, but that list is certain to expand in the coming months.

“I’m working on everything right now," he said. "I’ve put myself in a position where I’m able to play with all of these elite guys, and I can bang with them, I can do whatever it takes to keep up with these guys and make them keep up with me as well, so I’ve just got to keep getting better every day.”

BRAYON FREEMAN, BISHOP O’CONNELL (VA) GUARD
Freeman added his name to the list of DMVelite 80 MVP's after averaging an event-high 18 points per game for Team Navy, including 29 to close the day.

From the day's early moments Freeman had the gym buzzing, looking good in the drills and carrying that momentum into the team portion. He's electric with the ball in his hands, and showed the ability to get his shot off seemingly anytime he wanted.

“It’s always good to be in the gym, period,” Freeman said, “especially with some talented basketball players. You just go out and there and have fun.”

Freeman - who currently holds offers from Massachusetts, Mount St. Mary's and Wyoming - will be among the players counted on to help fill the void left by the graduations of WCAC Player of the Year Xavier Johnson (Pittsburgh) and sharpshooter Matt Becht (Mount St. Mary's). He still believes there's enough talent remaining to make some noise.

“I think we’re a very good team," he said. "Our goals are to win the WCAC Championship and that’s it. I think we’re talented enough, and if we go out there and do what we’re supposed to do we can win it this year.”

DARRIUS TILGHMAN, CITY (MD) 2021 GUARD
After spending his freshman year at Calvert Hall (Md.) Tilghman will give City a tremendous boost as it looks to work its way into the Baltimore City title conversation.

“I think its going to benefit me a lot," he said, "because I’m around more of my teammates so there’s more chemistry, and I’m gong to impact the city league more.”

The 6-foot-3 Tilghman already lists offers from St. John's,  Coppin State and Stony Brook. He uses his size effectively to see over and power past smaller guards, and does a good job of finding teammates open for easy looks.

WES PETERSON, BISHOP O'CONNELL (VA) GUARD
It seemed like every time heads turned at the sound of a rim breaking away, Peterson was there.

The 6-foot-5 O'Connell product impressed with his length and athleticism, and averaged 7.7 points and 2.7 rebounds per game while going 10-of-17 from the field.

George Washington extended Peterson his  first D1 scholarship offer last week, and its bound to be just the first of many.

RYAN CONWAY, DULANEY (MD) GUARD
The 6-foot-1 Conway has long been considered one of the top guards in the 2021 class, and he showed pieces of his all-around game at Hayfield. He averaged just six points per game, but posted a 4-to-1 assist to turnover ratio.

The 6-foot-9 Durosinmi carried that momentum into the DMVelite 80, posting 6.7 points and 5 rebounds per game. He's very active on both ends and runs the floor well, and displayed good hands and a soft touch around the basket. He's physical and hard to move off of his spot on either end of the floor, and should be a formidable piece in the middle for Virginia Academy coach Chris Rhone this winter.

JAKE KOVERMAN, SOUTHERN-AA (MD) GUARD
After serving as a complementary piece as a freshman, Koverman's workload is expected to increase significantly, and he said he's prepared for the new role.

"I feel great," he said. "I'm going to be the man on the team and there's other players like Malik [Carroll] and Jay Carter, so I feel like its going to be a great season."

Koverman said he considers his one-dribble pull-up and ability to get to the basket as his biggest strengths. On the recruiting front, he said he's heard from UMBC, IUPUI, Radford, Loyola (Md.) and Longwood, among others.

"It felt great playing with the good competition," he said while leaving the gym Saturday. "It got me a lot better and that's what I do when i come to camps is get better."