The Sidwell Friends (DC) guard is thriving in a lead role. 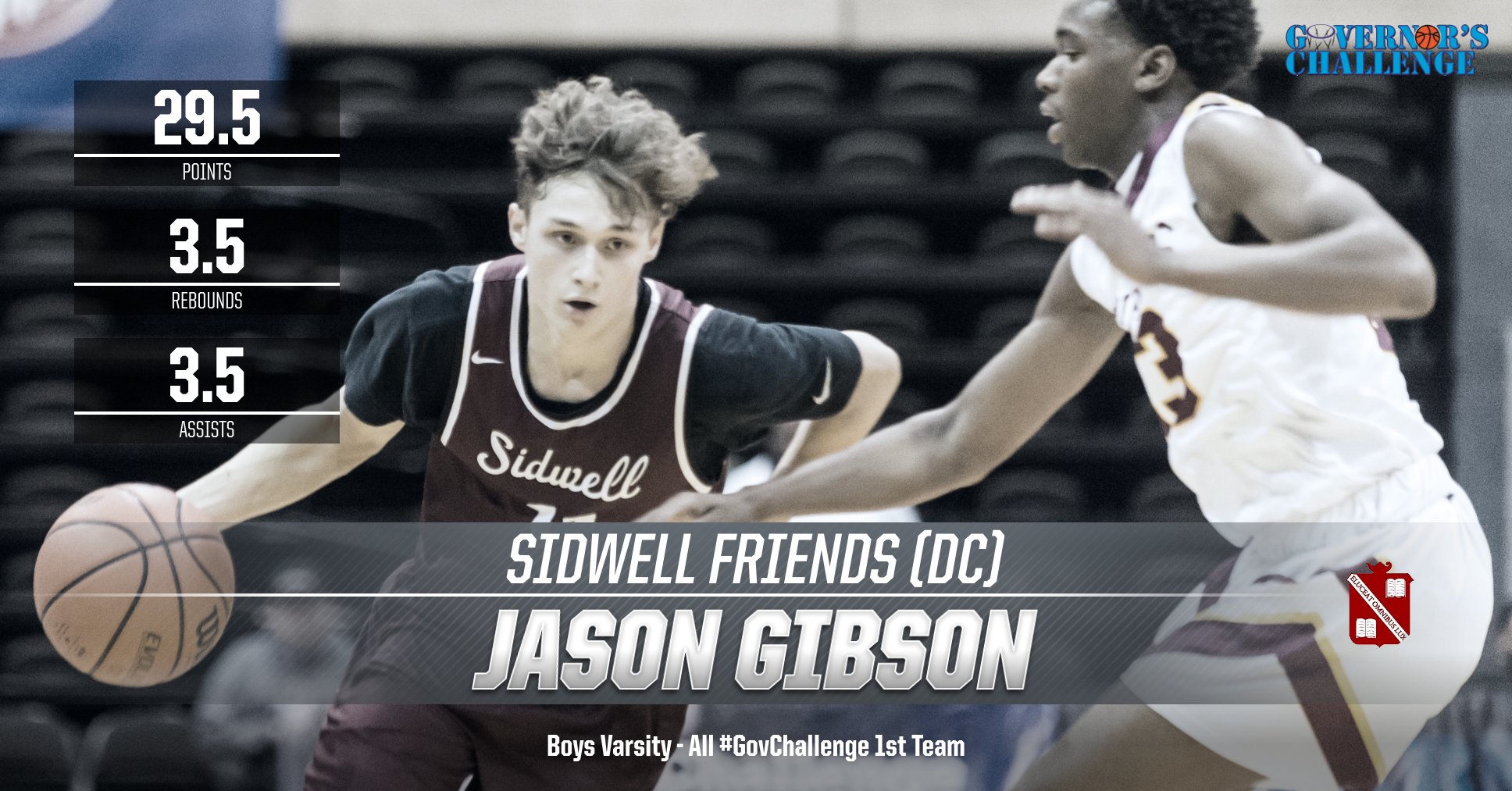 Sidwell Friends (DC) 2019 guard Jason Gibson is no stranger to the varsity stage - we named him our DMVelite DC Freshman Of The Year back in 2016 - but this year he’s found himself in a new role as the team’s primary scorer following the graduation of current Villanova freshman Saddiq Bey.

It’s a spot Gibson has not only embraced but thrived in, as evidenced by his production at the 2018 Governor’s Challenge in Salisbury, Md. last week.

Gibson averaged 29.5 points per game to lead the Quakers to the Bracket 4 championship with wins over St. Elizabeth (DE) and Patterson (Md.). He went for 27 points against St. Elizabeth and followed that with 32 in a stellar title game performance against the Clippers.

Gibson got a taste of what lead dog status would be like when Bey was injured for a portion of last season. Long regarded as a talented shooter, he’s shifty with the ball in his hands and has a knack for creating space to get his shot off. He also has excellent vision, and finished the event averaging 3.5 assists to just one turnover per game.

After Sidwell’s opener, Gibson took some time to discuss his team, recruitment, his brief high school soccer career and more:

HOW DO YOU FEEL ABOUT THE TEAM’S POTENTIAL?

“Good. I think we’re a little underrated, which is good for us because we like being the underdogs because we’ve got something to prove. We’re definitely not going to back down no matter what the adversity is, we’re going to fight through it. I think we have a lot of potential this year.”

HOW IS RECRUITMENT GOING?

“I feel like I’m a smart player, IQ-wise. People look at me and don’t really thing I can do certain things, but on defense I’m smart, I take a lot of charges - I probably average like, a charge a game - and I just take it personal, just trying to lead my team.”

“I watch a lot of film, especially with us. I play 2K with the guys - something fun like that. But we’re always bonding and we’re always with each other - it's a fun group of guys. They’re my brothers.”

“Soccer. Soccer was a big thing for me and footwork, and my role model used to be Steve Nash and he used to be really good at soccer, so I liked those two sports.”

WHEN DID YOU STOP PLAYING?

“I played my freshman year of high school and then, like, broke my foot. So then I was just like, ‘Yeah, I’m just going to focus on basketball.’”

WHO IS YOUR FAVORITE BASKETBALL  PLAYER?