The Army commit is having a strong final season for Gilman (Md.). 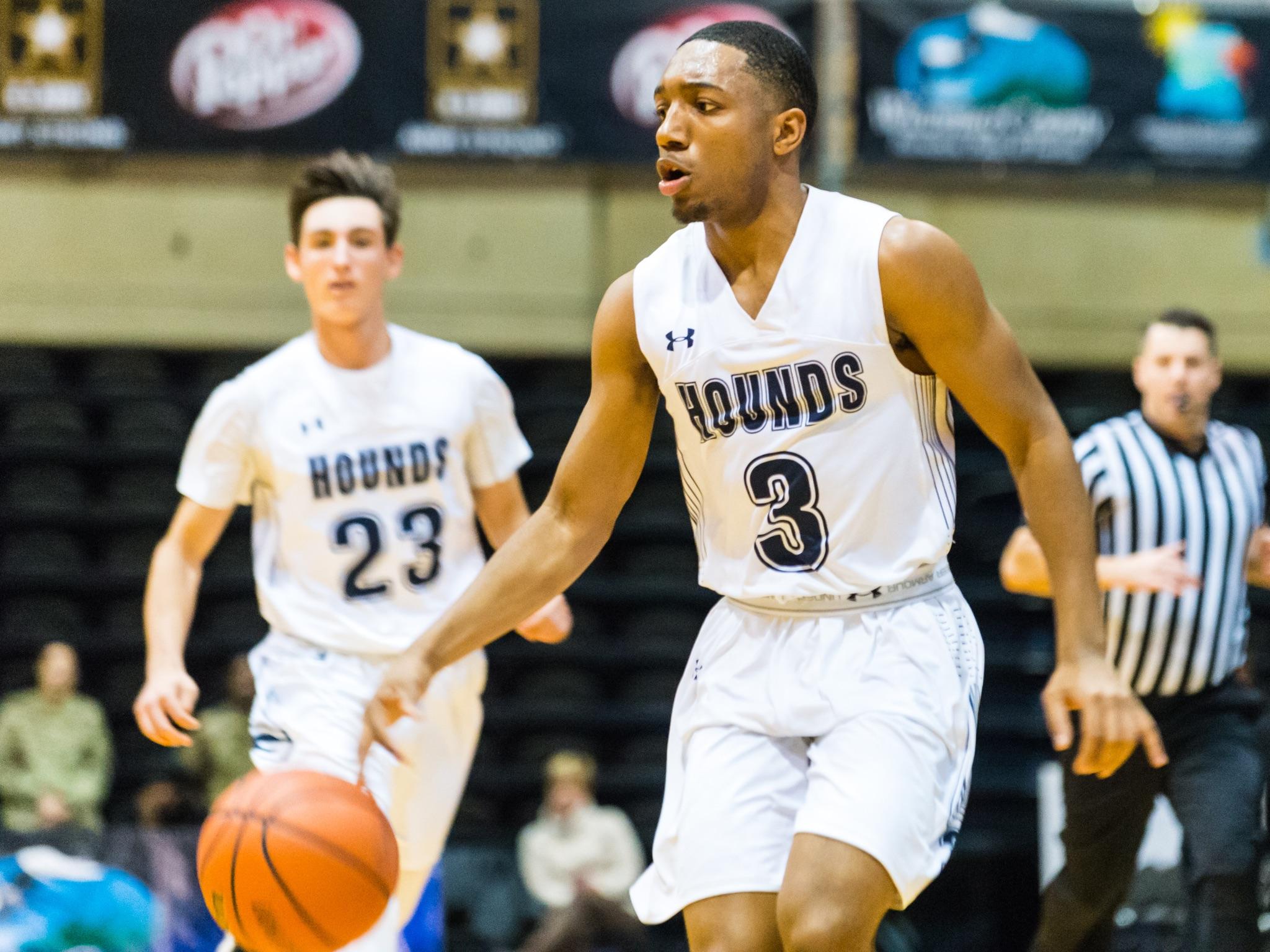 Jalen Rucker has been a key contributor for Gilman (Md.) throughout his varsity career.

Now a senior, the Army West Point-bound guard is looking to close out strong, and is averaging 20 points per game for the Greyhounds through January 10.

After averaging 18.3 points, 5.7 rebounds and 4.3 assists per game in Gilman's 2018 Governor’s Challenge appearance, Rucker took some time to discuss his commitment, his thoughts on the season, and more:

“I’d give it about a C+ right now. I think we have some good wins under our belt - we’re 2-2 in conference [as of Dec. 28] - and a lot of close games, only one blowout so far so we’d like to keep it that way. I think we’ve been playing well, I think our main thing is just trying to find more consistency with your team.”

“It seems like more added leadership to me, just because I know it’s my last season. Every game is like a last for me - ‘last time playing there,' or 'last time playing a team.' So I’m just trying to stay consistent with leading the guys and also trying to have fun with it.”

WHAT MADE YOU DECIDE ON ARMY WEST POINT?

“Well, first of all its Division I basketball, and it’s also one of the top public schools in the world, so the academics are taken care of. And then also after college there's 5 years of service and after that you’ll pretty much be set up for the rest of your life and what you want to do - either stay in the military or pursue whatever you want to do. And it’s kind of a different experience; I don’t really have any military background in my family and I don’t really know anybody that was in the military and whatnot. I don’t even think anybody from Baltimore has gone to Army to play basketball, so it’s kind of a different experience and I’m ready to take on the challenge.”

HOW MUCH DID YOU WEIGH THOSE FACTORS BEFORE DECIDING?

“I weighed it a lot, honestly. It took me a long time and lot of talking to God, talking to my family, talking to people that have been in the military and talking to the coaches. It definitely took a lot of - I would say, convincing - and just making sure I was making the right decision. But I definitely weighed the pros and cons of going to a military academy and going to a traditional college.”

“I’m a regular guy; I hang out with my friends. Most of the time I’m probably doing homework or sleeping. I watch Netflix - all the regular stuff.”

“Nah, I never played any other sports, I only played basketball. My Dad’s a coach and he played basketball, so I was kind of always around it, so once I picked it up I kind of just fell in love with it, really.”

“I would probably say 6th grade [with Mount Royal Baltimore Elite], it was, like, my first 20-point game at a Hoop Group tournament at the headquarters in the championship game. I had, like, 25 points and that was the first time I ever scored that many - I was like a different person that day. It probably didn’t even happen again in my middle school career after that. But that was a  pretty fun game.”