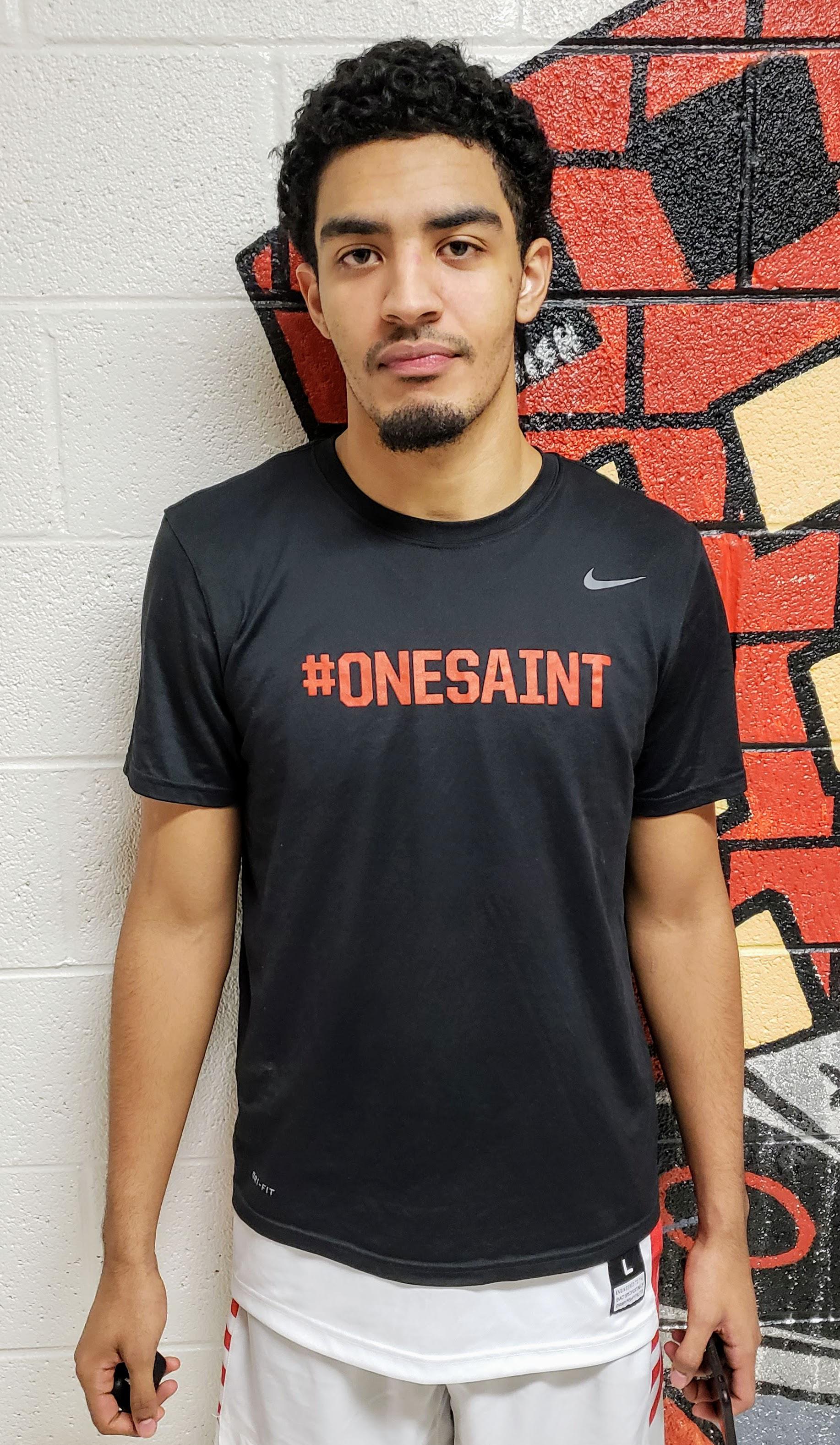 2019 guard Christian Depollar has put together a solid four-year varsity career at St. Stephens & St. Agnes (Va.), developing into an All-Interstate Athletic Conference performer, a team captain and a Division I commit.

Despite those accomplishments, the future Air Force Academy Falcon is still partially motivated by those who have doubted him along the way.

“I just think that people always thought that I was a one-dimensional player [a shooter],” Depollar said. “I think people still think I’m a one-dimensional player; I think that I’m continuing to prove people wrong, especially by committing to play at the next level. I think it was a big step for me, but I don’t try to really focus on that - it just motivates me and I’m really ready and blessed to be able to play at the next level.”

The 6-foot-5, 190-pound Depollar is a dangerous outside shooter with a smooth lefty stroke, and he’s improved as a ball handler and facilitator.  He committed to Air Force in November, becoming the first area player since St. Maria Goretti (Md.) 2016 grad Ameka Akaya to join the Falcons.

Depollar's versatility was on display in a 97-60 win over Landon (Md.) on January 15, as he notched a team-high 16 points and hit a pair of 3-pointers. The Saints outscored the Bears 54-28 in the second half to blow the game open.

“To start the game we came out pretty hot and we were sharing the ball,” he said, “and then we kind of slowed down a little bit, which is never good. We picked it up eventually, so that was a good thing.”

After the game, Depollar took some time to discuss the season, his commitment, his favorite basketball memory and more:

HOW IMPORTANT WAS COMMITTING BEFORE YOUR SENIOR YEAR?

“It was really big. I didn’t want my personal goals interfering with the team goals, so I feel like getting that out the way and being done, signed - I feel like now I can focus on my teammates and the big goal to win the IAC Championship, win conference and win the states. That what we really want to do as a team, so that was really key for me committing before the season started.”

WHAT DREW YOU TO THE AIR FORCE ACADEMY?

“It was the opportunities after going to college, you know? It’s a great place - Colorado Springs is a beautiful place - but the opportunities and the relationships that you build while going through all of that, it’s a lot. It’s a lot of hard work that goes into that, but I’m ready for it. I’ve been doubted for a big chunk of my life, and I think this is a really big step for me in the right direction, so I’m really excited about it.”

“I consider myself a good shooter. I’m a pretty good shooter, and I like to pass - I like to find my teammates and I like to find the hot hand. If I know another teammates hot and I’m struggling a little bit, I’ve got to find him and got to get him the ball. The team that wins is the one that has the most points on the scoreboard, so it’s not all about me and I’ve got find my teammates and get them involved. Everyone eats - that’s a big thing on this team.”

“I played football for a little bit -about a year in sixth grade. But after that I stopped and then continued with basketball. So it’s been pretty much basketball my whole life.”

WHAT DO YOU ENJOY ABOUT THE GAME?

“It’s a family thing. My Dad played, my Dad’s Dad played - we all played. I started at a young age and my brother [Kyle] played and I looked up to him and I played on the same team as him - I actually played up for most of my childhood - and I just fell in love with it. I’m still doing it and I love it to death.”

“I’d probably say two years ago, when DC Blue Devils went undefeated on the Under Armour Circuit. We actually fell short of the championship, but it was an amazing ride. Not a lot of teams do that, especially on a highly-talented circuit like that, so that was really exciting.”