Longwood commit is having a strong senior year for St. Andrew's. 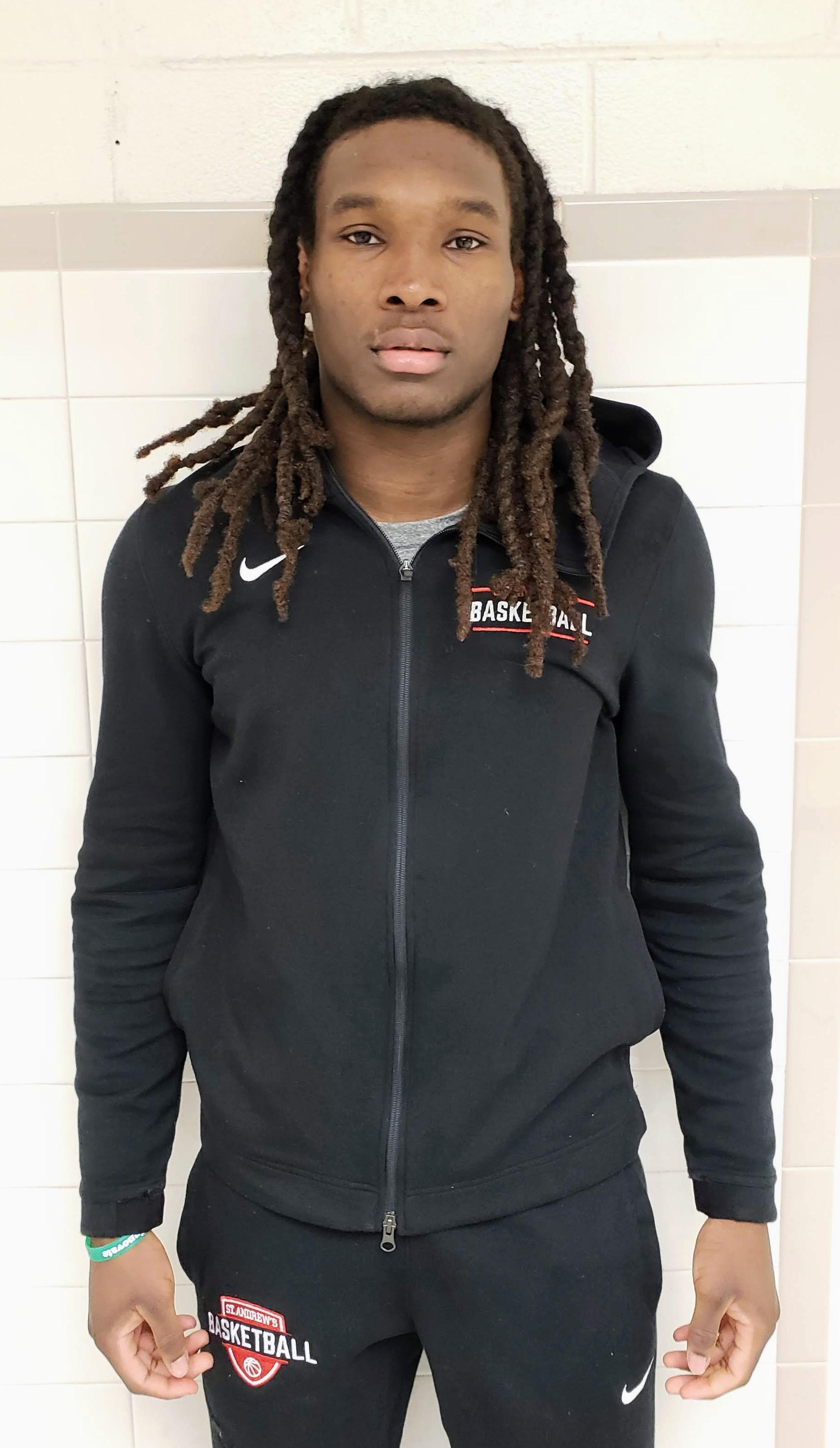 St. Andrew's Episcopal (Md.) 2019 guard Heru Bligen already has his college commitment secured - he's headed to D-I Longwood (Va.) in the summer - but he's still got some unfinished business to take care of at the high school level.

The 6-foot-3, 187-pounder is a key member of a talented Lions squad that is looking to capture its first MAC tourney title since 2015, and is currently averaging 16 points, 7 rebounds, 3 assists and 2 steals per game.

“I think the season is going really well; we have a good group of guys. We’ve got some young guys and we’re trying to teach them the flow and how St. Andrews goes and just getting them in the right mindset and playing hard every time we step onto the court.”

HOW DOES IT FEEL BEING A SENIOR NOW?

“It’s unbelievable - it’s been a long journey. I love St. Andrew's; they put me in the right position and the coaching staff helped me out a lot on and off the court, especially in being a young man. So thanks goes out to St. Andrew's.”

WAS IT IMPORTANT TO COMMIT BEFORE THE SEASON?

“It took a lot of stress off for my senior year. Just finding the right school and the right coaches that fit my style of play and the connection that we had on and off the court, it was a great deal for me and my family.”

WHAT GAVE LONGWOOD THE EDGE?

“I just had a connection, because the head coach [Griff Alrich] was at UMBC as an assistant and he was the first coach that really recruited me, after the Naval Academy. So we just clicked and he got to know me and my family really well.”

HOW TOUGH WAS THE FINAL DECISION?

“I would say it was easy and hard, just in a sense of making sure its the right fit, and also making sure my family is [comfortable] - they were a big part of my decision.”

WHAT ARE YOU LOOKING TO MAJOR IN?

“Business. I’m not sure what part of business, but I know I want to go into the business field.”

WHAT ADVICE WOULD YOU GIVE OTHERS GOING THROUGH THE PROCESS?

“I would say just keep grinding everyday in the gym, and every time you play give it your all and play like it’s your last game.”

“I’m able to get my team involved. I can get to the basket anytime I want, and shoot the pull-up jump shot as well. I’m working on my 3’s, dribbling and just being a leader every day - I’m trying to get better at that.”

“Nah. Well, in middle school I played, like, soccer - goalie - but other than that, it’s just been ball.”

“Basketball, really [laughs]. Well, shopping - I’ve got to stay fly, you know what I mean? Or just chilling with the guys, for real. With clothing, you've got different stuff; I mean PacSun’s got some good stuff, Armani Exchange, Supreme - all the designers.”

“It was AAU, I was playing with Maryland Spartans and we played Metro Sixers,  with Myles [Dread] and them. There was, like, ten seconds on the clock and I got a floater and I won the game, so that was a good one. They had my man Brandon Slater and Myles Dread, so it was good.”