The Potomac (Md.) 2019 Guard Is Having A Breakout Season. 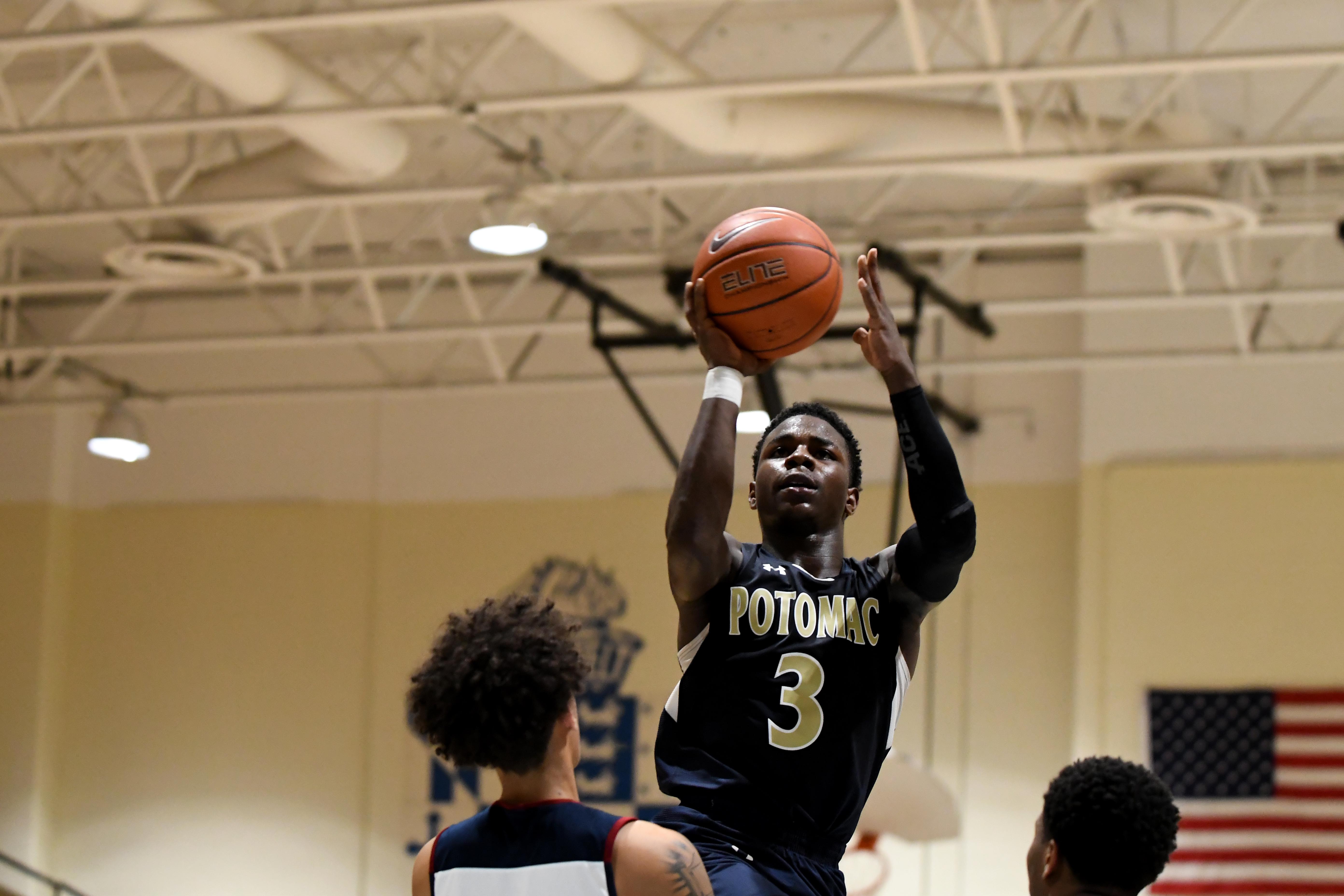 For all of the success he’s having on the basketball court this season, Potomac (Md.) 2019 guard Sincere Jones hasn’t been playing the sport - or playing it well, at least - all that long.

“I started playing basketball when I was 12, going on 13,” he said. “My offensive game sucked - I couldn’t make a layup or none of that. But every year I got Defensive Player of The Year, so that’s what kept driving me and then the offensive side just started picking up.”

Indeed, Jones’ offensive game has kicked into high gear in his second varsity season, and he’s putting together a stellar senior campaign for the Wolverines. He came into Thursday averaging 14.5 points per game, and then dropped a career-high 30 in a win over Friendly (Md.). He’s also averaging 6 assists and 2.5 steals a game, per coach Renard Johnson.

The 6-foot-1, 180-pound Jones is also a football standout, starting at receiver and defensive back and returning kicks. He recently took some time to discuss the season, his development, playing two sports and more:

HOW DO YOU FEEL ABOUT HOW THE SEASON IS GOING?

“It’s just how I expected it. We’ve got ups and downs, but we always overcome adversity. The coaches tell us to keep pushing regardless of if the refs don’t give us calls our way; they can’t take us out the game, but we can take ourselves out the game. But the season has been going just as I expected it to go.”

HOW EXCITED WERE YOU FOR A LARGER ROLE THIS YEAR?

“I’ve been looking forward to this opportunity since my 10th grade year, to be honest. I just try to be a floor general, and try to make sure everybody’s in the right place and put them in positions to succeed, for real.”

HOW DO YOU FEEL YOUR GAME HAS DEVELOPED?

“My tenth grade year I was on JV. I didn’t have the same skillset, but I had the same mindset - Iike I’d get in the game and slow the game up and control the game. But I feel like I can seal games fast. I know there’s not a lot of guards in PG County that can stay in front of me, so when we need to seal a game I can blow past my man and I can finish at the rack, or I can dish and I’ve got consistent shooters on my team. I’m a playmaker.”

WHAT ARE THE BIGGEST AREAS YOU WANT TO IMPROVE?

IS IT DIFFICULT TO BALANCE TWO SPORTS?

“I’m used to it. I played football first, actually: I’ve been playing since I was like, six. Then when I got, like, 12 my Dad said, ‘Man, you’ve got to try to play another sport, you’re going to high school!” So I played basketball and I wasn’t really the best but started working on my game and everybody told me I was good. Football really helps me stay in shape, because football and basketball overlap and I have to be in shape the whole year.”

IS IT TOUGH TO KEEP YOUR BASKETBALL SKILLS SHARP?

“To be honest during football season my coach kept telling me, ‘Stay out the gym before you get injured,’ but I still find my way to go into the gym. ... I don’t know how, but I always find my way back to the gym.”

DO YOU HAVE A PREFERENCE?

“Nah, I don’t really have a preference. I’d like to do both [in college], to be honest. … I’ve actually got a football visit this Saturday to Wheeling Jesuit in West Virginia. Fort Scott [Community College] offered me my first game, and that’s it.”

“I’m in the gym a lot, or I’ll be with my teammates and we’ll hang out. But for real, half the time I’m in here laying down and icing up in the bed.”

“My favorite NBA team is the Chicago Bulls; I like the way they keep the young talent coming in and out. And my favorite football team is the Saints. They rigged it and two years in a row we lost on some fluke stuff - last year a fluke tackle, this year a fluke call - but I mean, we’ve just got to take it on the chin and we’ll be back next year.”

“Last year, playoff time against Poly. We were going into halftime and we were down, and [former star guard] Jason Newman, he was bumped all up so I had to come in at a big time. I think I went 5-for-6 from the 3-point line; once I hit my first shot the rim just got bigger for me, so I was like, “Well, why not keep shooting?’ The coaches told me they had Justin Lewis who was glassing everything and they had another big dude, so I went to the rack and I had to use my pump fake - my shots were just falling the whole game. I was just being the player I knew I could be and I showed up, but we came up short. But it’s alright, we’ll be back this year. That was my breakout, and my coach always relates back to that situation; he tell us in our program its all about opportunities, so when you get an opportunity, you’ve got to show up big time. That game I got an opportunity and I showed up.” 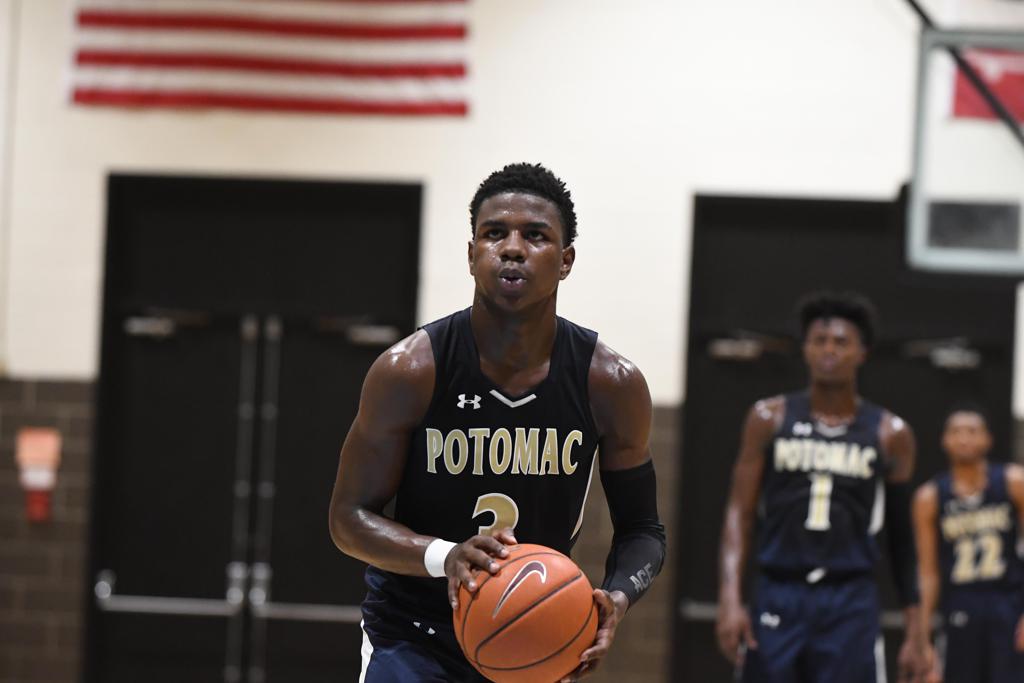