The Wilson Freshman Wing Looks Like A Future Star. 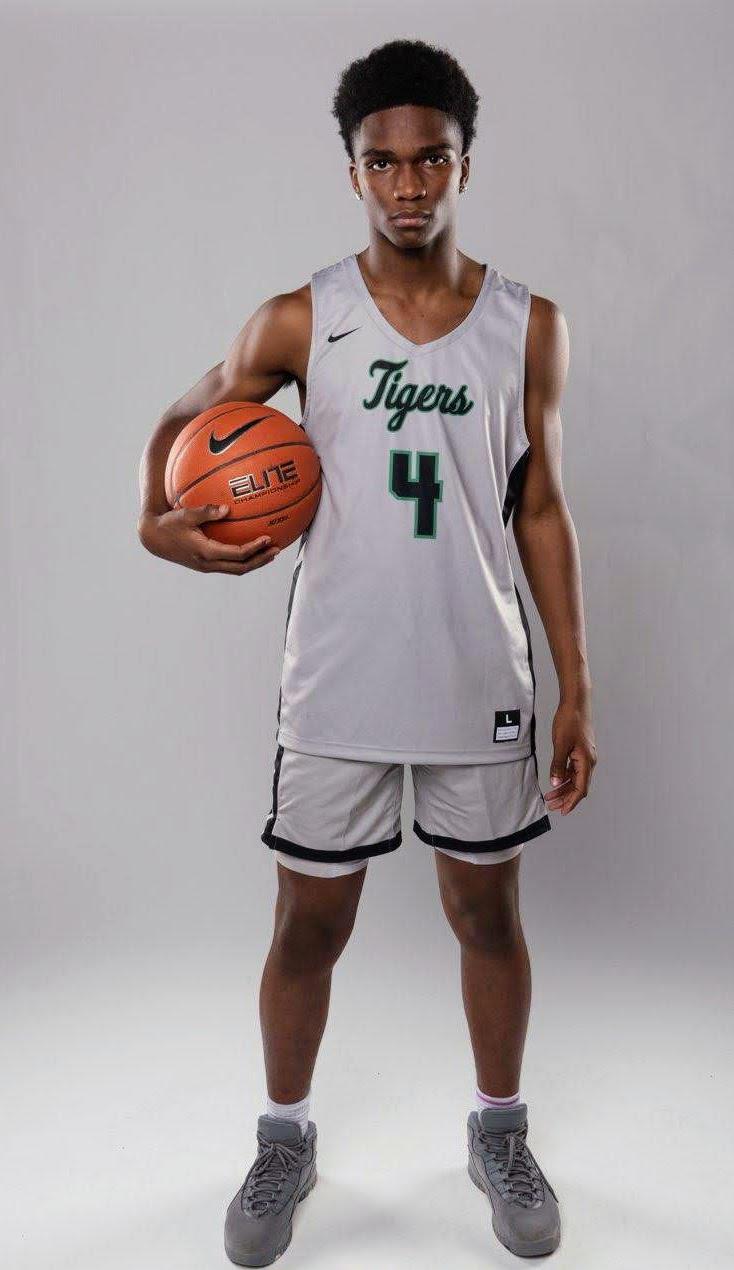 Darren Buchanan, Jr. entered the season in a pretty good situation. With a talented collection of older players in front of him, the Wilson (DC) 2022 wing wouldn’t face pressure to produce right away, and could develop slowly while giving the Tigers energy off the bench.

As the season has progressed, though, it's became clear that the 6-foot-5 Buchanan was going to make an impact, and that was evident in the most recent game of his impressive freshman campaign.

Buchanan posted a game-high 17 points and grabbed 10 rebounds off the bench as Wilson cruised to a third consecutive DCIAA championship with a 92-48 win over Theodore Roosevelt last Sunday at the DC Entertainment & Sports Arena. He put on a show with his athleticism in transition, and closed with an off the backboard lob to himself for a two-handed dunk.

“It feels good,” Buchanan said. “I mean, we had a lot of ups and downs this season but we pulled through, stayed together and got this championship.”

After the game, Buchanan took some time to discuss his freshman campaign, and plans for the future [Note: this Q&A includes portions of an unpublished interview from the preseason]:

HOW WAS IT STEPPING INTO SUCH A TALENTED PROGRAM?

“It was great. Coach H [Angelo Hernandez] is a great coach and I came in playing with some nice talented players. We’ve got two Maryland commits on our team - Makhi Mitchell and Makhel Mitchell and then we’ve got Jay Heath going to Boston College, so it's just nice to come in and learn off of those guys for this year. Even though they’re seniors, I’m still going to learn a lot and prepare myself for next year.”

HOW HAS BEING AROUND THEM HELPED YOU?

“Since the fall, they’ve gotten me bigger, stronger, faster and have been teaching me a little bit more about the game. It’s great being on the floor with all of them. Even Dimingus Stevens, he’s a junior but he’s still playing a senior role and teaching everybody what to do.”

WHAT WAS THE  KEY TO STAYING FOCUSED?

“Coach H did a great job of preaching to us to stay together and knock [the talking] all off. I think those losses deep in the season, that helped us a lot. It helped us come together as a team, and for us to win a championship, its icing on the cake.”

WHAT WERE YOUR PERSONAL EXPECTATIONS FOR THE SEASON?

“Just to come in and keep the energy up. I know I’m a freshman and people are overlooking me right now, but it’s alright. I just try to come in and do the best I can for the team - rebound, get everybody involved. I like to share the ball and feed the hot hand and play defense.”

HOW LONG DID IT TAKE TO ADJUST TO THE VARSITY LEVEL?

“It took me a couple of games, but Coach H just told me to let the game come to me and stop overthinking it, and the rest of the season was nice.”

WHAT WAS THE BIGGEST ADJUSTMENT?

“From middle school to high school, it’s the game speed. And then everybody’s hungry and it’s the same competition, so you’re not going to be the best one on the court but you’ve got to prove your point, and I think I did a good job with that this year.”

YOU WERE RECRUITED BY PRIVATE SCHOOLS; WHAT LED YOU TO WILSON?

“The relationship I have with Coach H, he’s known me since 5th, 6th grade, so it was just an easy decision for me to say, ‘I’m going to go to Wilson.’ Just seeing what he’s done after a few years and coming from a program that really wasn’t that good and building it up to something special with a national schedule, I felt like that’s something I wanted to stay and be a part of.”

“I really just like team bonding. I’ll be with the [Mitchell] twins everyday, just kicking it with them and talking about the season and having a great time. And I really just listen to music a lot and lock in.”

WHAT ARE YOUR PLANS FOR THE SUMMER?

“Play AAU, get bigger and stronger. And work on my jump shot a lot - that’s one thing I’ve got to improve on, [as well as] my ball handling. And just get better all-around.”