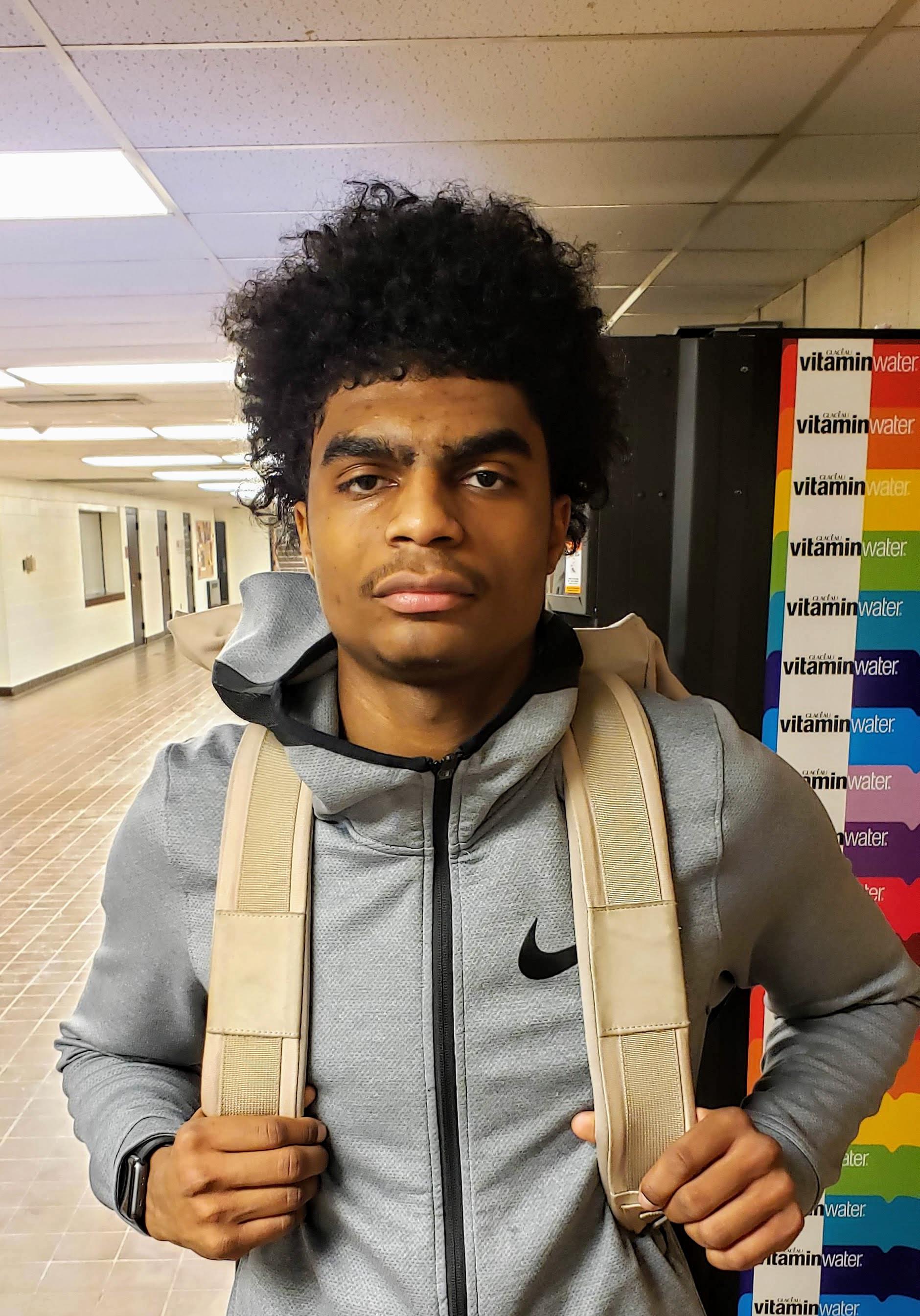 For every run Paul VI made, the star MSJ 2019 guard seemingly had a counter, and it took three - it honestly felt like more - PVI defenders to deny him a potential game-tying attempt on the final play as the Panthers held on for a late-night 68-65 victory.

Bishop produced the opening day’s most electric individual performance, pouring in 39 points on 14-of-24 shooting, including 6-of-9 from 3-point range. He knocked down shots going to the basket, falling away from it, and from every spot in between.

“James Bishop is one of the best players we’ve seen all year,” PVI coach Glenn Farello said, “and as you know we play a national schedule so we get to see a lot of elite talent. He does a phenomenal job and we knew it was going to be a tough game for us - it always is for us; we’re such a young team still and we’re going to make young mistakes at times. But we found a way to make some defensive plays and that led to some easy points.”

Bishop - who is headed to Louisiana State next year - said he felt early on like he was going to have a nice day offensively.

“You know these are my last games,” he said, “so I knew I wanted to really come down and make my mark. So yeah, I figured I would have a good game today. It’s a great tournament, you know? You’ve got great teams so it’s always good to play against this competition, and there’s always great fans. So it feels good to enjoy my last games with my teammates.”

While Bishop wants to close his high school career out strong, he’s also excited about preparing to head off to LSU. While many players are still trying to finalize their plans for next year, Bishop got it out of the way early, committing to the Tigers in September.

In past years, tourney host Bishop Walsh (Md.) - located just 11 miles away - has served as little more than fodder for visiting teams. Under first-year coach Dan Prete, though, those days look like they may be coming to an end.

The Spartans hung tough for three quarters with Washington Catholic Athletic Conference Champion Gonzaga (DC) - leading at the half - before falling, 69-59.

“Year One for the program, we’re in really good shape,” Prete said. “We’ve got a lot of community and support up here. This group of guys was the perfect group to start it. We sometimes have our deficiencies in certain things, but character-wise, it’s the best group we could have. They’ve been great together, they’ve been great in the community and I couldn’t be more proud and happy for them.”

That community support was evident early, as a boisterous and supportive local crowd gave the game a great atmosphere. The Spartans took a 28-26 lead at the break, but were outscored 16-6 in the third quarter as Gonzaga seized control. Bishop Walsh made a run late but couldn’t climb out of the hole.

“[The difference was] Just the little mental mistakes,” Bishop Walsh 2019 guard Anthony Torelli said. “We went through a little spurt in the third quarter where we got sped up and we didn’t play our tempo and we turned he ball over a little bit and gave them so momentum. I think that was what separated them and gave them that gap, and it was just hard to fight back after that.”

Coming so close offered at least a small bit of consolation to the Bishop Walsh players, the majority of whom are new to the program but well aware of its history. According to the Cumberland Times-News, The Spartans haven’t won an ACIT game since 2011, and haven’t had a first round victory since 1978.

“I mean, of course it’s exciting to be the first team - well, maybe not the first team, but the first team in a while to be able to compete to such a degree,” 2019 forward Olivier Nkamhoua said, “but we really wanted to give this win to this city that’s taken us in so well and given us a home.”

St. John’s (DC) 2019 guard Casey Morsell has had a productive senior season, winning WCAC Co-Player Of The Year honors and leading the Cadets to a runner-up finish in the conference title game. So as his career winds down this week, he’s taken some time to reflect.

“It’s a lot of emotions with it being the last time,” he said. “It’s kind of sad you know, ’cause we practice every day and we go all out with this group, and this is such a fun group to play with. I would say this is the closest team I’ve ever played on. So, it’s a lot of ups and downs that we face, but I’m really going to miss this.”

The University of Virginia-bound Morsell had 11 points and 4 rebounds in the Cadets’ 70-58 opening win over Goretti, and is still in position to close his career out with an Alhambra title before turning his full attention to preparing for college.

DEMATHA GUARDS KEY DOWN THE STRETCH

7-foot 2020 center Hunter Dickinson was a huge - literally and figuratively - factor in DeMatha’s 79-74 double overtime win over St. Frances with 24 points and 14 rebounds, but the Stags’ senior backcourt was critical late.

“When we have great guards who can lead  and have been through it all, it gives everybody else a good chance of knowing what to do,” Moore said. “They’ve seen us do it, so they can follow our lead and we’ve got people coming off the bench who can contribute right away.”

Young finished with 24 points - including the go-ahead bucket in the second OT - and Moore finished with 14 points and 8 rebounds.

“They’re winners,” DeMatha coach Mike Jones said of his senior duo. “I think ultimately, you look at Justin and the program he’s going to, and you look at Jahmir and the impact on the program he’s going to have that he’s going to. All of this - for college coaches that come in our program, one of the advantages is we like to tell our kids ‘We’re preparing you for them.’ And what Jahmir and Justin did tonight is definitely proof that they’re being prepared for the next level. I’ve got a lot of responsibilities, but that’s definitely one.”

The win kept DeMatha’s hopes alive to repeat as Alhambra champion. They’ll face a very familiar foe - St. John’s - in Friday’s semifinals as they look to close out the year strong.

“Obviously I want to win the tournament,” Young said, “but I just want to have fun, you know? It’s been a fast four years, but I’m ready for college and I’m just trying to get prepared, but I’m having one last great time with my teammates knowing I won’t play with the ever again. I’m trying to just cherish those memories.”

NO NEED FOR FILM STUDY

Thursday’s opening games set the stage for a host of familiar matchups on Friday.

In consolation play, St. Maria Goretti will face St. Frances - a rematch of Tuesday’s Baltimore Catholic League Championship which SFA won on an Ace Baldwin buzzer-beater - and WCAC foes DeMatha and St. John’s and Paul VI and Gonzaga will face off in the winner’s bracket. The only matchup of teams who haven’t previously played this season is the consolation game Bishop Walsh vs. Mount St. Joseph.

Friday’s schedule is a result of a 4-0 sweep for the WCAC, giving the teams an opportunity to run it back one last time.

“This atmosphere is fantastic and it’s a great way to end the season for all of us,” PVI coach Glenn Farello said, “and to see the WCAC still have the success that we do every year - we have a lot of pride, and all four of us being able to advance is really meaningful to the four programs and representing DC. Of course you know the DC-Baltimore rivalry, so we had to hold our own. When we saw the first three get the victory, we had to for DC and the WCAC.”

Maryland showed interest in Bishop Walsh 2019 forward Olivier Nkamhoua, and plans to return to see him Saturday. Nkamhoua - who posted 14 points and 10 rebounds in a loss to Gonzaga - as seen his recruitment pick up tremendously since January.

“[I’m] Just trusting our system and trusting my teammates,” he said. “Trusting what I learn, trusting what I practice every single day. I’m not trying to do nothing extra, but at the same time I know what I can do and do it.”

A native of Finland, Nkamhoua was originally at Richard Montgomery (Md.) but suffered a leg injury that kept him off the court. He transferred to Bishop Walsh in the fall and is showing what he can do when healthy.

Nkamhoua said he’ll sit down after this weekend and decide on how many visits he’d like to set up.

- St. Frances 2019 guard Rajeir Jones established himself as an elite defender during his high school career, twice winning the Baltimore Catholic League Defensive Player of The Year Award. On Thursday the Chicago State commit showed he’s no slouch on the other end of the floor either, pouring in a game-high 28 points as St. Frances battled through two overtimes with DeMatha.