The Cesar Chavez (DC) 2021 wing is enjoying a breakout season. 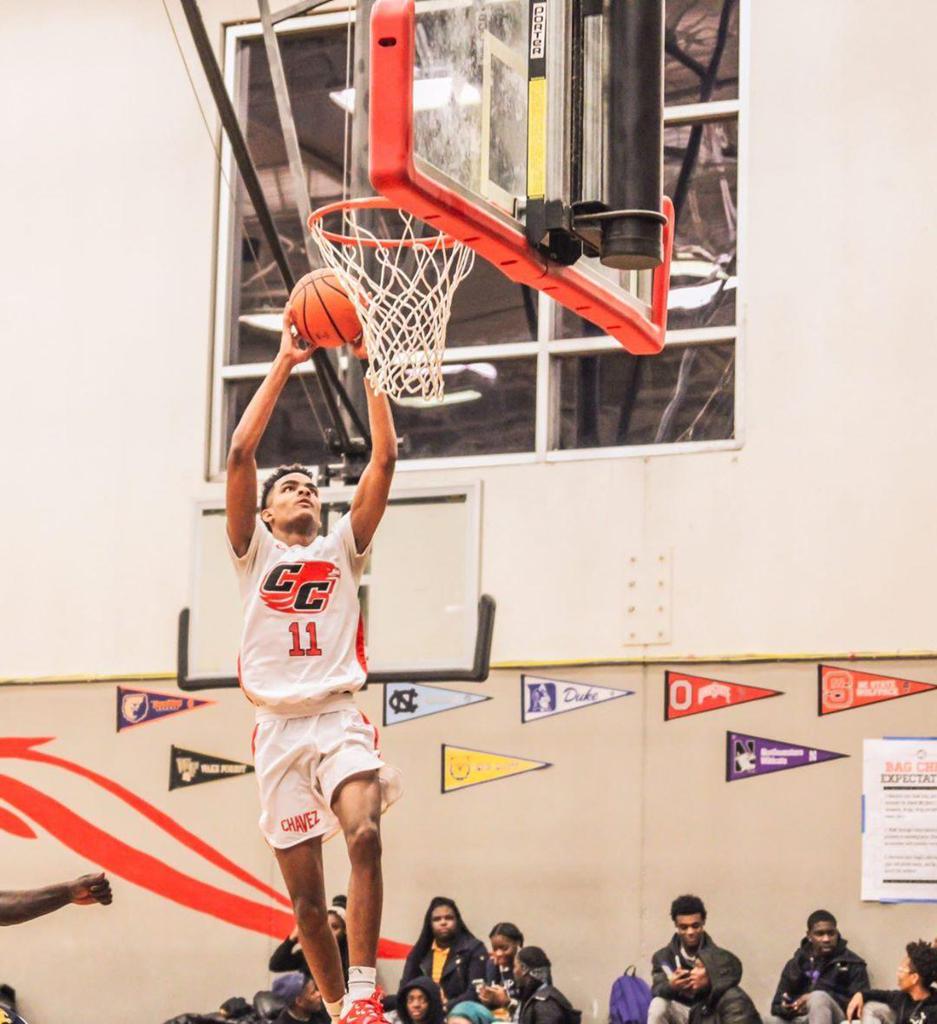 When Cesar Chavez (DC) lost several key players to transfers before the season, 2021 wing Maurice “Moe” Johnson knew he’d need to step up, and he’s done so in a major way.

Johnson is in the midst of a breakout season, averaging 29.1 points and 6.3 rebounds per game for the Eagles, who stand at 12-6 as of January 21.

The 6-foot-5, 165-pounder has scored 30 or more points seven times this season, highlighted by 41 in a victory over Cardozo (DC) in December. He said Howard, George Washington and  Mount St. Mary’s have been recruiting him the hardest.

I recently caught up with the Chavez star to discuss his monster junior campaign:

WHAT HAS BEEN THE KEY TO YOUR SUCCESS THIS YEAR?

“The key to my success this season is just trusting my coaches and trusting my teammates, because nobody really thought we were going to be 11-5 this year and win as many games as we’re winning, so I’ve just been trusting the coaches and everything they tell me, and my teammates - and they trust me.”

WHAT’S IT LIKE MOVING INTO THE PRIMARY SCORER ROLE?

“I knew I had to step up and I had to be more of a leader; I couldn’t be playing around and I had to set an example for my teammates. Even though I’m one of the youngest guys on the team, they still look up to me, like, “Yeah, he can do this and that,’ so it’s honestly, like, a blessing to be in this position.”

WHAT HAS BEEN THE KEY TO THE TEAM’S SUCCESS?

“Like I said, it’s just trust. Trusting the coaches and we just play together. My guys trust me a whole lot with the ball, and I’ve just got to show them that they can keep trusting me for the rest of the season.”

“Finishing. I can get by my defender kind of with ease - like, just one move and go. This summer, me and my trainer, Coach Chuck, we’d just been working on that all summer. And then my shot has been falling, like, a whole lot this season, so it’s like everything has been easy for real.”

WHAT ARE THE BIGGEST THINGS YOU WANT TO WORK ON?

“Finishing with my left hand stronger, defending better and rebounding more. And just a couple more things I need to pick up.”

“Honestly, I want a school where their offense fits me. I’m glad I’m a junior so I’ve still got time to see other schools and stuff. I just want to play Division I basketball.”

“When I was younger I was playing football with Emery Heights Recreation Center. I had a growth spurt, like, when I was 10, I want to say, and then I decided to take basketball more serious.”

WHAT IS IT ABOUT BASKETBALL THAT YOU ENJOY?

“The atmosphere. Like, you and all of the other basketball guys that have supported me in my life; it’s just huge. I appreciate it a lot.”

“I would probably say in middle school, my eighth grade year. We were playing down at Kelly Miller, and we were down by 3 against - you know little Mike and Mark [Aiken] from Thurgood? There was like three seconds left and we were down by 3, and I hit a 3 to tie the game up and we went to overtime, and we ended up winning that game. … Yeah that was huge; I think that was probably the biggest moment for me. That’s where my confidence came from.”