Hayfield continued its winning ways, and more from Day 2. 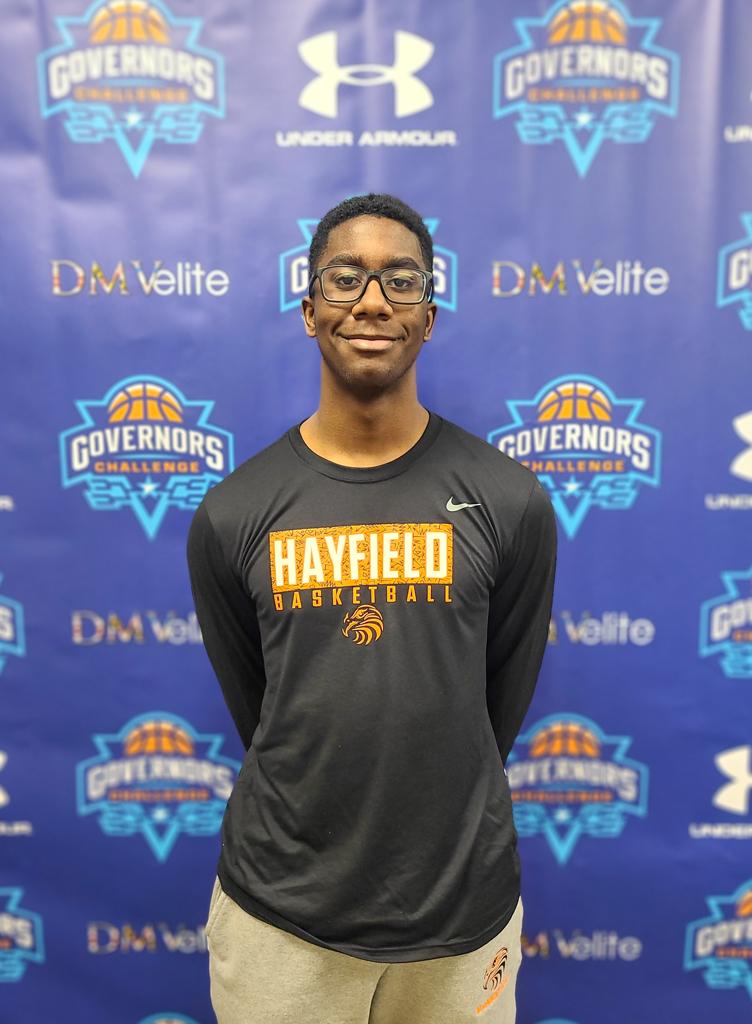 SALISBURY, MD - The second day of the 2022 Governor’s Challenge featured another slate of high profile matchups in the showcase and bracket divisions, with the first group of bracket champions being crowned.

Here’s a look at the top performances and storylines from the action at the Wicomico Youth & Civic Center, Wicomico High School and the University of Maryland-Eastern Shore:

Standing 6-foot-2 - 6-3 on the roster - Hayfield (VA) 2023 forward David King is accustomed to having to battle larger players in the post.

It was just another day at the office for King, though, who finished with 20 points and 5 rebounds as Hayfield picked up its 38th consecutive victory with a 61-54 DMVelite Showcase Division win.

“I think I just use my quickness,” King said when asked how he remains so effective despite size disadvantages. “ I will be honest, he is very big - I was exhausted in the first half. The second half, I had to just get my feet under me. But it was a fun matchup - it was very fun to play that team.”

Donovan Bass-Briscoe had 13 points and DJ Holloway 11 for Hayfield, which controlled the pace of the game most of the way.

The Raiders - who were coming off a five overtime thriller against Bishop McNamara on Monday night - got 22 points and 8 rebounds from Sorber before he had to be helped off with an ankle injury late. Darren Williams had 18 points while shooting 6-of-8 from 3-point range for Ryan.

“[The key was] I just think containing #35, their biggest player,” King said. “We know that was their go-to player, and just trying to get him out of his rhythm and everything. I do hope he gets better, I saw he got hurt at the end of the game.”

The victory extended Hayfield’s impressive winning streak, but the Hawks are more concerned with gearing up to defend their state championship.

“It's good,” King said of traveling to face teams like Archbishop Ryan. “Not to throw shots at any other teams, but a lot of teams in our area, they don’t go out and play competition. But, like, us and Patriot, we’re trying to get better as teams for the playoffs, so we just go out and play better teams.”

Antwan Wilson has created most of his fireworks inside of Wicomico High School’s gymnasium this season. On Tuesday night, he went across the street from the Waller Dome to put on a show for the folks at the Governor’s Challenge.

“I was just attacking the basket,” Wilson told DMVelite after the game. “Just picking my shots, basically. Taking what the defense was giving me. The open gaps is all I need. Because I’m long, and I’m a lefty, I can finish."

The 6-foot-4 senior showed that he’s far from a one-dimensional scorer, as he swished a 3-pointer from the top of the key and shot 6-of-9 from the charity stripe.

For the Eastern Shore, a matchup between Wi-Hi and Elkins had a significant meaning. Elkins is coached by Amrit Rayfield – formerly of St. Maria Goretti in Hagerstown – whose late father Phil Rayfield was the longtime head coach at Crisfield. Phil Rayfield led the Crabbers to a state title in 2000 and had a lot of heated battles with Butch Waller’s Wi-Hi.

But Wilson was more concerned with Amrit Rayfield’s schemes, and guarding Elkins sharpshooter Cory Harper, who finished with a team-high 17 points while battling foul trouble and a bloody nose.

“It was a hard adjustment because they were running like two double screens up top,” Wilson said. “I wasn’t ready for that.”

Wi-Hi and Wilson fought through it though. He also had eight rebounds, an assist and a handful of rim-shattering dunks.

Wilson is averaging more than 32 points per game this season and has Waller’s Indians undefeated at 7-0. Attainable for Wilson this season isn’t just a Bayside Conference crown, but potentially a place in Wi-Hi’s record books. The program single-season scoring record is 24 points per game, set by Damien Johnson – who was the recipient of many assists from now-assistant coach Doug King – in 1997.

But Wilson isn’t looking too far ahead. He knows that some colleges will come calling. Morgan State, Delaware State and UMES have expressed interest.

And he believes Wi-Hi will be in a position for a deep playoff run. For now though, the focus is on the Indians next opponent – Dover High of Delaware. That game tips at 6:45 p.m. on Thursday.

If Wi-Hi aims to remain unbeaten, it could use another stellar performance from its high-flying star. And perhaps a continued boost from its supporting cast too. Malique Leatherbury – who is attracting Division I interest for football – stuffed the stat sheet for Wi-Hi too with 12 points, four rebounds, five assists and five steals.

“I love playing with this team,” Wilson said. “Because we play so hard and we play together. There’s no selfishness whatsoever.”  -MITCHELL NORTHAM

Tuesday’s matchup between Patriot (VA) and Winston Churchill (MD) was one that many DMV basketball followers had circled from the minute the Governor’s Challenge brackets were released in the fall.

The game pitted last year’s Virginia 6A state semifinalist against the Maryland 4A state runner-up, and both are capable of making deep runs again.

On Tuesday, Patriot used a 17-9 third-quarter run to create some breathing room en route to a 60-45 victory.

“The biggest thing we talk about in our program all the time is defense,” Pioneers coach Sherman Rivers said. “We knew they had some guys that could put it in the basket - 23 for them [Nick Goldberg] we knew was going to score, and their point guard [Isaiah Mbeng] is very good. We just had to make sure that we dug in and got stops in the key moments, because our defense leads to our offense, and we were struggling offensively in the first half, for use. I thought that we guarded better in the second half, so that’s when we kind of stretched it out and got some points up on the board.”

Kaden Bates led Patriot with 13 points, while Dezmond Hopkins had 11 in a balanced scoring effort. Jay Randall had 9 and Nasir Coleman and Isaiah Vick each had 8, with Vick grabbing 10 rebounds.

Goldberg had a game-high 23 points for Churchill, while Mbeng had 10 points, 9 rebounds and 9 assists. Steve Ndingue had 6 points, 10 rebounds and two blocks.

Salisbury School (MD) 2024 guard Tyler Ball quickly established himself as one of the top players on the Eastern Shore, but hadn’t gotten the chance to show himself on the Governor’s Challenge stage with the event being canceled the past two years due to Covid.

Ball had quite the Governor’s Challenge debut, leading the Dragons to a bracket championship with a stellar performance on Tuesday at UMES.

The Salisbury School trailed by six points at the half, but outscored SEED 32-15 in the third quarter to take control and held off a SEED push in the fourth.

The 6-foot, 175 pound Ball said he feels like this week’s experience will prove beneficial the rest of the way for his team.

“I feel like it’ll help us with our games for the rest of the season,” he said, “because those games were very intense - especially the game that we just played, it was a dogfight and we were down at halftime. If we come into the season playing like how we did [this week] I don’t see anybody beating us.”

Pierce Vazquez had 18 points and 9 rebounds for the Dragons, who got 10 points from Alex Carillo.

Carmello Myles posted 24 points and 13 rebounds for SEED, while Wendell Alsbrook had 15 points and Caree Wilson 10.

Coming off a loss to Archbishop Ryan (PA) at the All- City Classic in Philadelphia on December 23. King’s Fork (VA) was eager to get back to business in their DMVelite Showcase matchup with Elizabeth (NJ) on Tuesday.

The Bulldogs wasted little time, and never trailed en route to a 65-40 victory.

“We went up there and played [Ryan] in Philly and had a tough loss, and we had to come back and bounce back,” King’s Fork 2023 guard Sam Brannen said. “All week building up to this moment we’ve been challenging each other, and we just came out from the jump and had to punch them in the mouth and kept hitting and kept hitting. It was an energy type of thing; our emphasis for this game was energy, play fast and play hard defense. We really showed that tonight, and that’s what helped us get that win.”

Hodan Prep (CAN) undertook a marathon journey to reach the Governor’s Challenge - 16 hours by bus - and didn’t have the most enjoyable start to their opener against Glenelg County (MD) on Tuesday.

Holdan found itself staring at a 20-point deficit in the second quarter, and trailed by 15 at the half.

Slowly, though, Hodan crawled back, trimming the Glenelg Country lead to seven after three quarters. They eventually took the lead on a Jasean Elliot bucket with 3:01 to play and never relinquished it on the way to a 63-56 victory.

Tristan Beckford and David Popa had 17 points apiece to lead Hodan, while Elliot finished with 13.

Patrick Curtin had a game-high 20 points for the Dragons, who got 19 points and 8 rebounds from star wing Drew McKenna and 10 points from guard Jackson Pugh.

Blair had 21 and 24 points in a pair of victories, the latter of which came against Potomac (VA), 66-53 in the Bracket #2 championship at UMES.

Results from the final day of Governor's Challenge action.

DeMatha victorious in its return, Wicomico wins a thriller, and more from the fourth day of action.

A look at the results from Thursday's action.

IMG Blue wins on a late 3, Hayfield rallies to win, and more from an action-packed Wednesday.

Results from the midway point of the 40th Governor's Challenge. 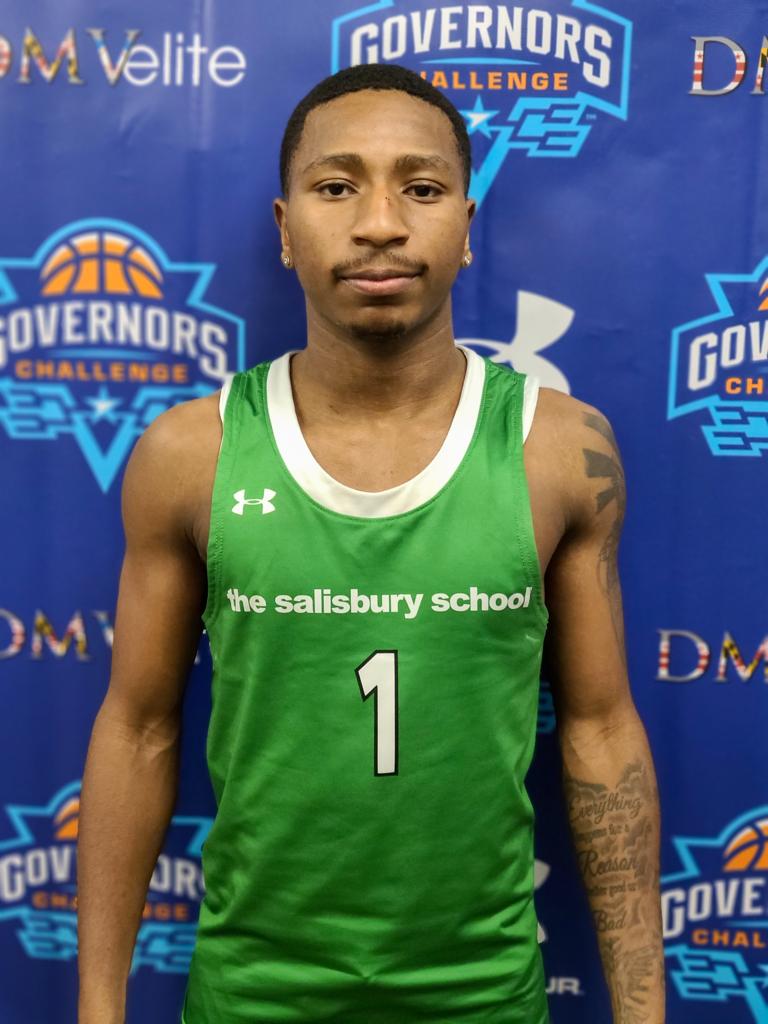