DeMatha victorious in its return, Wicomico wins a thriller, and more from the fourth day of action. 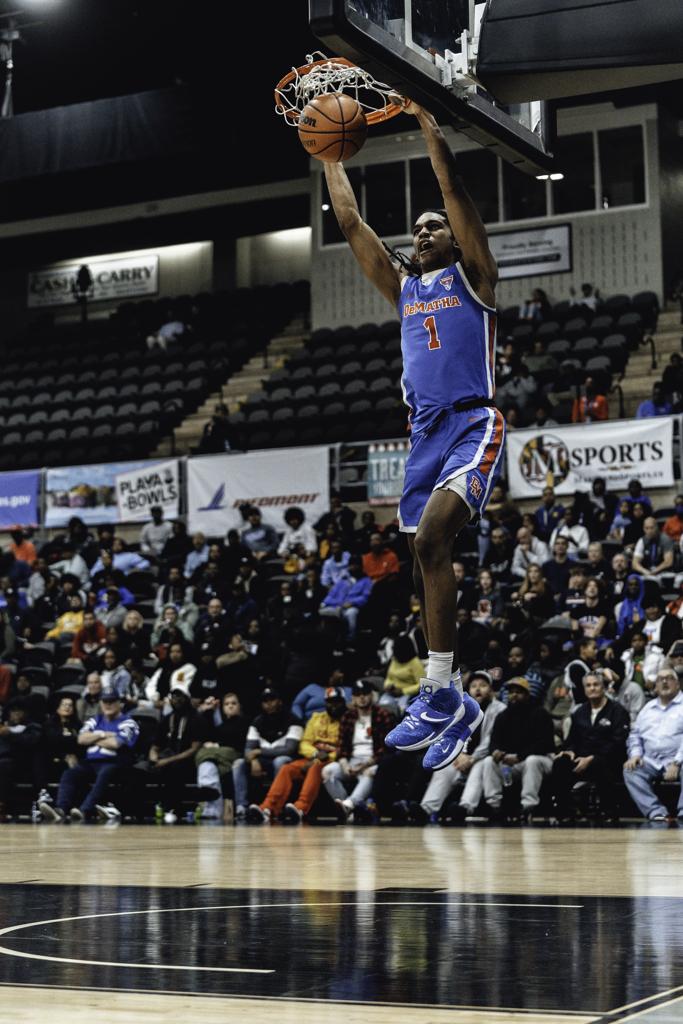 SALISBURY, MD - The penultimate day of the 2022 Governor’s Challenge saw some of the week’s marquee participants take the court.

Here’s a look at the top players and stories from Day 4:

With the final 9.4 seconds ticking down and his team holding onto a 58-55 lead against Dream City Christian (AZ), DeMatha Catholic (MD) 2023 guard Jaden Winston saw a chance to end it.

Winston sprinted through a screen and stripped the ball away from Dream City forward Alejandro Aviles to preserve a 58-55 victory in one of the top matchups of the DMVelite Showcase Division.

“I knew I had to get a stop to win; that’s really all it was,” Winston said. “We wanted to get a win and go 2-0 [in the Governor’s Challenge]. I read the play, and I had to make the play to win. I saw the ball and I just had to get it; I didn’t want to foul, but I knew I could get it. So I saw the ball and I trusted myself, and we played great team defense and we got the steal and got the win.”

Winston’s play was one of two huge defensive moments for the Stags down the stretch. Trailing by one with just under a minute to play, DeMatha 2024 forward Malcolm Thomas blocked an Aviles 3-point attempt, corralled the ball and was fouled, making both free throws to give the Stags a 56-55 lead with 46.8 to play.

“It's actually a testament to our coaches, who have gotten us ready all this time,” Thomas said of the ability to make those late plays. “And to us being in shape so that we can make those plays - I put that all on the coaches and on us.”

Thomas finished with a game-high 22 points to lead the Stags. He showcased his growing offensive arsenal, hanging to hit a smooth turnaround jumper in the first half.

“I’m always working trying to become more of a complete player,” he said. “People are starting to see the work, and I think it's starting to pay off.”

Aviles had 16 points and 6 rebounds to lead Dream City, while Memphis commit David Tubek added 15 and 6 boards and Gabe Warren finished with 10 points.

For DeMatha, the victory was a nice way to open their first trip to the Governor’s Challenge since participating in the inaugural event in 1981. Back then, it was a four-team field featuring DeMatha, St. John’s (DC) and Eastern Shore powers Crisfield (MD) and Wicomico (MD).

“I feel like it was a great opportunity,” Stags coach Mike Jones said. “[Governor’s Challenge Director James Simmons] contacted me early in the summer when I got the job, and with the rich history of DeMatha and with Mr. Morgan Wooten kind of being a cornerstone of this tournament, I felt like it was important for me to pay it forward and bring our team down here and compete. It’s been a great event and they’ve been taking care of us very well, so it's been a great opportunity for us.”

The final game of the night proved to be the most electric, as Dover (DE) and Wicomico (MD) squared off in a highly-anticipated area matchup.

It didn’t disappoint, as Wicomico held on for a 57-55 win in front of a raucous home crowd.

“Oh my God, it was wonderful,” Wi-Hi coach Butch Waller said of the crowd. “I  thought they all came to watch DeMatha - which I wouldn't blame them - but they stayed! And there were 30 Wi-Hi alumni if not more that I saw, and that’s pretty nice support.”

Jaylin Dashiell-Andrews had 14 points, 7 rebounds and 2 assists and Antwan Wilson had 13 points and 5 boards for the Indians, who avenged a loss to Dover in their last Governor’s Challenge meeting in 2019. It also

“Delaware vs. Maryland has been the talk the whole Governor’s Challenge,” Wilson said, “and we’ve been getting beat on, so we got it for Maryland, basically.”

The win didn’t come without some tension, as Wicomico committed some mental errors late that kept Dover in position to steal a victory.

“I ain’t gonna lie, it was going through my head, like, ‘We really sold this,” Dashiell-Andrews said. “ We made bad decisions at the end, but we came through. [In those last few seconds] It was a relief, like, ‘Yeah, we won. We got it done.’”

Next up for Wicomico is a matchup with Queen Anne’s County in January, in a meeting of the lone unbeaten teams in the area. Both squads are 8-0. 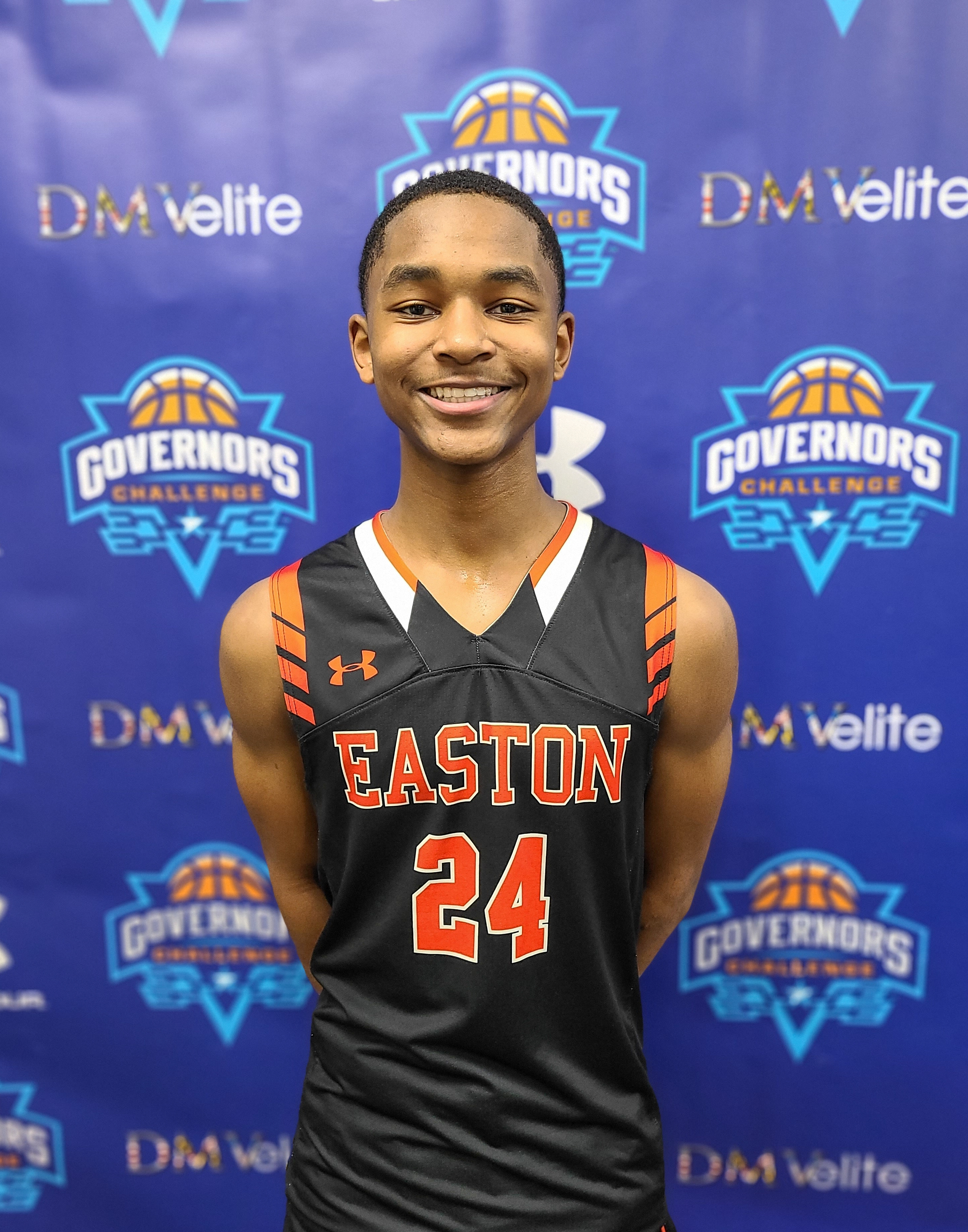 Trailing by 17 points in the second quarter and 15 at the half, the mood in the Easton (MD) locker room was admittedly not great.

“We were a little down,” Warriors guard Shaun Moody recalled, “but we got in the locker room and we talked about being a team and playing like a team - we were playing a little selfish - and just we talked about coming together and doing what we do best.”

The talk jumpstarted one of the most impressive comebacks of the weekend, as Easton outscored Caesar Rodney (DE) 32-16 in the second half to pull out a stunning 48-47 victory.

Marshall Bailey had a game-high 21 points and Moody 10 -the most important of which came on the go-ahead lay-in following a steal in the final seconds.

After trailing 31-16 at the half, the Warriors began to make their move, eventually taking a 40-39 lead with 5:12 remaining in the game.

Caesar Rodney regained the lead, and was up 44-42 with 42.5 seconds remaining before Easton’s Jordan Nixon hit a pair of free throws to tie the game at 44-44. The next bucket came courtesy of Moody, who jumped into a passing lane and took off to put Easton ahead to stay.

“I just got a boost of energy, felt good, and wanted to win that game real bad so I dug in and I just sprinted all the way down court to get the ball.”

Bailey calmly made two free throws to extend the Easton lead to 48-44 - “I just visualized myself making them, because I’ve been in a situation like that before,” he said - and CR’s 3-pointer at the buzzer provided the final margin.

“It feels great,” Moody said of the victory. “Being an underrated team on Bayside and hearing that Delaware’s always better than us - it feels real good.”

Khalil Kemp had 14 points to lead the Riders, while Steven Smith added 10.

The Whitman (MD) Vikings looked to be in full control of Thursday’s Bracket #9 Final against St. Charles, using hot perimeter shooting to build a 22-point lead (62-40) after three quarters.

The Spartans weren’t ready to go away, though, and turned up the defensive pressure to help trim the deficit to single digits in the final two minutes. Whitman stayed the course, however, and eventually walked away with a 70-62 win and a bracket title banner.

“I think there were stretches like where they coming back late in the fourth and we weren’t hitting our shots,” Whitman guard Preston Kuhn said, “but I think we have a great team, we have a great chemistry and a great family, so we really connected together and had confidence in ourselves and uplifted each other. When one of us made a mistake we weren’t getting on each other; we stayed composed and we stayed together.”

“I think it builds a lot of confidence,” Kuhn said of winning the bracket. “We started off 5-0, and then we lost our first one [to Wootton] the game before we came up here, so it was really nice just getting those two back to build our confidence. We know we can hoop, we know we’re a good team, so it was a nice reminder.”

Chris Brown and Shamir Taylor, Jr. each had 11 points for St. Charles, while Tajir Webster added 10 points and 11 rebounds.

Results from the final day of Governor's Challenge action.

A look at the results from Thursday's action.

IMG Blue wins on a late 3, Hayfield rallies to win, and more from an action-packed Wednesday.

Results from the midway point of the 40th Governor's Challenge.